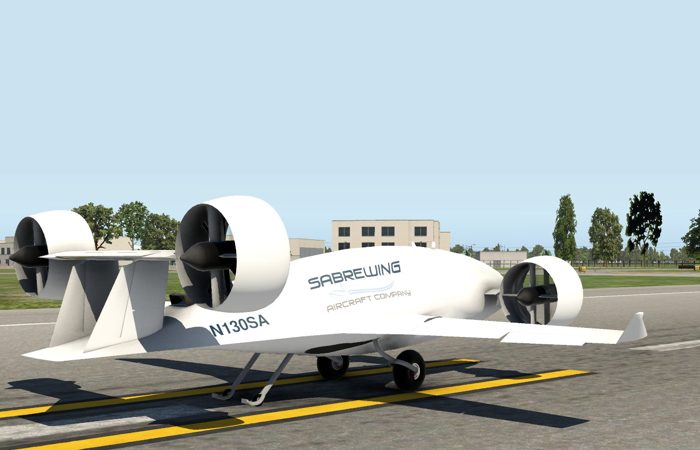 According to evtol.com, Sabrewing Aircraft Company plans to reveal its full-sized Rhaegal-A cargo drone during the US Air Force’s Agility Prime launch event next week. The Company has secured a two-year contract from the Air Force to demonstrate the technology.

The roll-out of the aircraft at Hayward Executive Airport in California will be live-streamed starting at 1 p.m. Pacific time on Friday, May 1st. The reveal will cap off a week of online sessions for the virtual launch event, which was organized after an in-person launch at South by Southwest in Austin, Texas, was cancelled due to the covid-19 concerns.

Agility Prime is an Air Force initiative to accelerate development of the commercial eVTOL industry, with the goal of adapting commercial technology for military logistics missions at significant savings to the taxpayer.

Sabrewing announced on April 21st that as part of this programme, it has received an AFWERX Small Business Innovation Research (SBIR) Phase II contract valued at $3.25 million.

According to Sabrewing CEO Ed De Reyes, the two-year contract will evaluate not only the autonomous aircraft’s overall performance, but also its detect-and-avoid system and its ability to operate in GPS-denied environments. “In the military, if you’re trying to deliver cargo to a combat zone, GPS may not be available,” he pointed out.

The Air Force will also explore Rhaegal’s potential for casualty evacuation. De Reyes added that other branches of the US military could potentially piggyback onto the AFWERX contract: “We have two other branches that are very interested and have already expressed the desire to add money so that we can demonstrate their specific missions on our aircraft.”

Rhaegal is a hybrid-electric VTOL aircraft that incorporates four tilting, ducted fans, plus a wing for high-speed forward flight. Its “turbo-electric” drive train uses a turbine engine to drive generators that supply electricity to the four ducted fans. Sabrewing’s production Rhaegal-B model will be able to carry either two LD-1 containers, or four LD-2 containers, or two LD-3 containers — the types of containers commonly used for air cargo missions.

While Sabrewing has not yet disclosed its engine partner for the program, De Reyes said that announcement will also be made at the May 1st roll-out. “We did talk with multiple engine manufacturers,” he told eVTOL.com. “Finally at this point have made the decision as to who we’ve chosen, and we’re very happy with it.”

With the ability to lift around a ton of cargo, Rhaegal-A is already larger than many of the cargo drones now in development. Yet according to De Reyes, it is still only about half the scale of Sabrewing’s production model, Rhaegal-B.

De Reyes said that Sabrewing has already received a significant commercial order for Rhaegal, and may soon be able to share more details about that as well. The company has been engaging with the U.S. Federal Aviation Administration for over two years to design a certification programme for the aircraft under Federal Aviation Regulations part 23, and aims to begin certification flight testing as early as this summer.