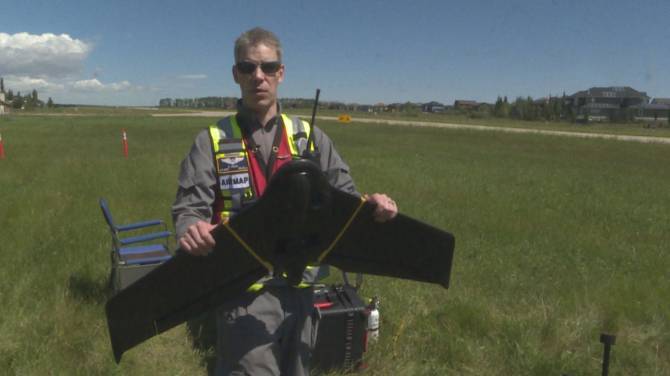 Okotoks-based In-Flight Data has gained federal certification to fly drones Beyond The Line of Sight (BVLOS), reports globalnews.ca. The company have received a one-year certificate from Transport Canada which allows drones to fly longer distances without pilots constantly being within view of the aircraft.

Chris Healy, CEO of In-Flight Data, said the BVLOS certificate will change the way his company provides aerial information to clients. “This will open the gates for energy companies to use drones for inspections as well as usher in an era of the ability for us to carry passengers with drones.”

While the certificate covers all of Canada, Healy pointed out there are still stipulations. “It allows us to fly our drones for public safety, but with restrictions,” he continued. “Like where we can fly, how high we can fly and for whom we can fly.”

Healy said one example of using BVLOS would be to act as an extra set of eyes for first responders during emergencies like natural disasters. “This gives us the ability to, for example, go and support fire crews. We can identify where hot spots might be occurring and provide that information to the crew so that they can go and put those fires out.”

In 2019, Transport Canada approved four one-time BVLOS certificates for operators to test their systems. These included Canada Post and Drone Delivery Canada, who both focused on delivering packages, food, and medical supplies to rural Canada. Canadian UAV and ING Robotic Aviation were also granted certificates for pipeline and infrastructure surveys.

As more and more drones take to the skies, Healy said the Calgary area could see a boom in aviation-related business. “More than 25 percent of all the operators in Canada are located in southern Alberta,” said Healy. “This is a huge step forward for the industry, but it’s also a feather in Alberta’s cap.”