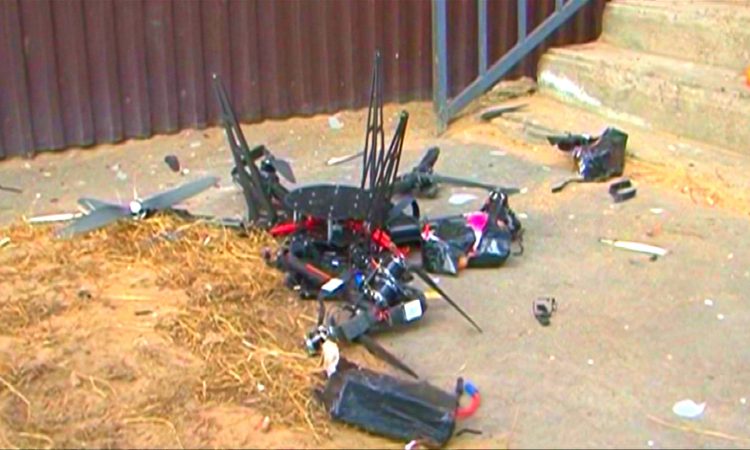 A drone crashed into a house last December when it lost GPS signals due to interference according to a UK accident investigation, reports c4isrnet.com.

The drone, a DJI M600 Pro weighing 15.5kg and costing close to USD6,000, was surveying a construction site when the mishap occurred. The accident has given added impetus to those in the United States opposed to the Federal Communications Commission (FCC) decision to allow Ligado Networks to transmit on a frequency near to that of GPS.

US government tests have shown that high precision GPS receivers, like those used on some survey drones, may not have reliable signals whenever they are within 3,400 metres of a Ligado transmitter. Drones with less precise, general purpose GPS receivers, could be impacted within 1,040 metres. The larger and heavier the drone, the more dangerous this can be.

While drones are supposed to remain within the line of sight of the operator, when GPS navigation is lost, many enter an “attitude mode.” This results in the craft maintaining height above the ground using on-board barometric and inertial sensors. It can’t hold its position over the ground though without GPS and so drifts with the wind. Unless the operator takes manual control right away, the drone can fly out of the operator’s sight which usually means it is unable to receive radio commands sent by the operator. This is precisely what happened in the UK drone crash case according to the Investigation Board’s report.

A survey of a construction site by drone was in its second day. The first three flights were without incident. On the fourth the drone took off and reached about 20 metres above the ground. The pilot’s controller then showed a GPS compass error. At that point the drone stopped climbing and began drifting away in the wind at around 15 miles per hour. The pilot repeatedly selected the “return home” function to no avail before the craft flew beyond a line of trees and went out of sight. It hit the roof of a home several hundred yards beyond the trees and crashed in the back yard.

After notifying police of the missing drone, the pilot prepared another one to search it. However, shortly after take-off, the controller again showed a signal‑interference error message and the pilot immediately landed it.