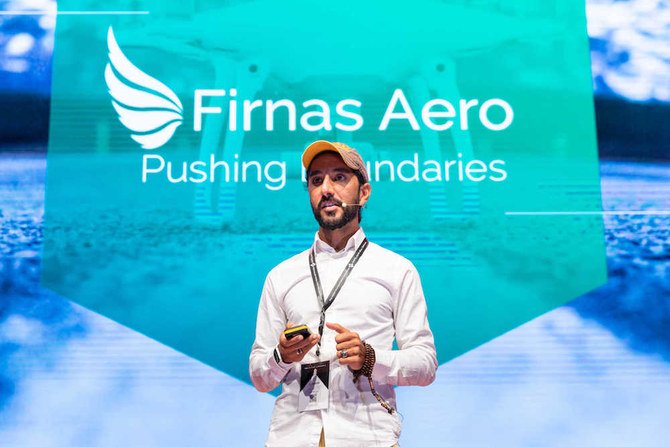 The Saudi Arabian drone company start-up, Firnas Aero, aims to bring its Drone as a Service (DaaS) concept to the country’s regional market, where it has developed new applications for inspections, to solve problems more cheaply and efficiently, reports zawya.com. Tariq Nasraldeen and colleague Sariah Aljefri founded the company in 2018 to provide services that target the aviation, security, industrial and delivery sectors.

The adoption of Unmanned Aerial Vehicle (UAV) technology in Saudi Arabia is still in its infancy and young Saudi entrepreneurs are keen to promote the growing demand for drone-based innovative solutions.

“When we first started, the idea of the drone as a service was purchasing one off the shelf and doing footage for clients and hoping the images or videos were beneficial for them,” explained CEO Nasraldeen. “Today, if you want to go further you need to differentiate yourself, so we chose inspections.”

His experience in aviation and airports’ management formed the idea of the start-up. Nasraldeen noted the inefficiency in performing regular maintenance and scanning of runways for foreign objects that can threaten airplane safety. They are carried out manually by inspection workers, so can take a long time and risk human error.

“At present we are competing mainly with manual inspection, by that I mean two guys with a truck going up a crane and looking at something and deciding whether it needs to be fixed or not,” continued Nasraldeen. “By the time you do manual inspection for one spot for instance, we can do 50 with a drone.”

It can take thousands of high-resolution pictures of one location in a short time and send them to be analysed, which then identifies the exact location of the problem for the inspection workers. Nasraldeen explained the highly repetitive nature of the inspection work actually trains the AI software algorithms to improve its ability on each specific task. “We are in the 90 percent accuracy range, whereas most manual inspection is in the 50 or 60 percent,” he added.

The company’s journey started at TAQADAM Startup Accelerator at King Abdullah University of Science and Technology (KAUST) in 2019, the six-month program that supports start-ups with training and mentorship. Firnas Aero were the first winners of that year and received funding.

After TAQADAM, Firnas Aero was incorporated at KAUST Research and Technology Park (KRTP), which provides an environment for technology-based businesses.

The company has a team of three people who have been involved in various projects including a recent collaboration with the Health Ministry (HM) to help identify COVID-19 suspected cases in crowds using drones with infrared cameras.

“We used our drone to spot people with a high body temperature at the central market in Madinah city,” commented Nasraldeen. “We reported that information to the Ministry, which was working alongside us, and then they went and double-checked with the individual.”

Currently, Firnas Aero is in discussion with KAUST to implement their drone-in-a-box service, which offers perimeter surveillance drones.

“It is the next step of having a fully autonomous system,” he continued. “The box houses the drone and all its systems, whether it is the cooling data transmission or the charging pad. Once there is a routine controlling mission or even an emergency, the drone is already programmed to cover that specific area from your station.”

Potential beneficiaries of such services are airports, industrial complexes, and various governmental institutions. “It increases the coverage or the quality, which will have an indirect effect on the level of services that the government offers to citizens,” said Sariah Aljefri, Firnas Aero’s director of strategy.

In the long run, the company believes it can reduce all kinds of car-based patrolling operations gradually until they reach zero. “These types of jobs are no longer needed as you can monitor autonomously without the support of people driving vehicles,” continued Aljefri.

However, he said this technology does generate other types of jobs, mainly technological or at the backend, where workers will have to analyse images, make decisions, and dispatch teams.

Firnas Aero is attracted to the delivery sector too. “The second phase for us is light cargo last-mile delivery, which is the most expensive part of the logistic supply chain,” commented Nasraldeen. “In a five to ten years’ time frame, we’re looking to move into bigger cargo and hopefully transporting people,” he added.

Nasraldeen believes there is a crucial need to re-evaluate how the world does business and provide services in today’s on-demand economy, where consumers expect immediate solutions.

Firnas Aero hopes to cover the Saudi market and expand to GCC countries within two years and the MENA region within three to five years. After establishing a track record, the company then wants to reach out to Europe, the US, Australia and South East Asia.