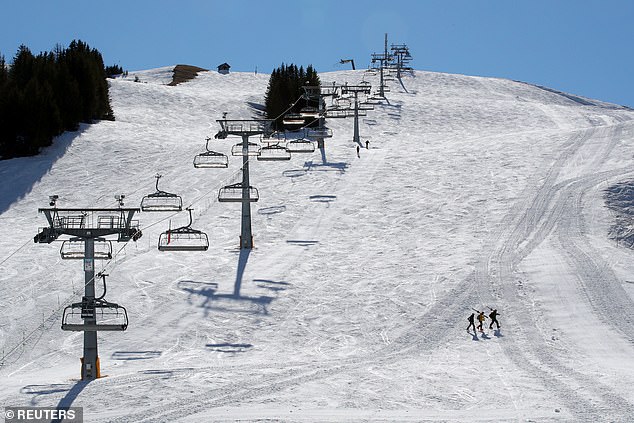 Amazon has patented a drone that may replace the ski lift by pulling skiers up a mountain using a tow handle, reports the dailymail.co.uk. The scheme works by attaching a retractable rope to a drone, after employing a smart phone to order its service.

A person’s location is sent to the drone from their phone and a rope then lowered for the skier wishing to travel to the top of the slope. A tow handle is attached to the end of the braiding so that the skier can hold on while the drone flies slowly. Once the skier arrives at the top of the ski slope, the rope retracts and the drone moves away to be used another time.

Amazon wrote in the patent filing that an experienced skier may use this system to ‘reach a remote area or to customise their experience’. This means they could use it when going ‘off a designated run and for reaching fresh powder’.  The document also suggests the drone tow handle could also be employed for water-skiing or skateboarding according to The Telegraph.

While the decision to patent a drone tow handle system doesn’t mean Amazon will produce it, it is not the first company to investigate such an option. In 2016, Samsung sponsored a video where YouTube star Casey Neistat used a drone to snowboard up a mountain.