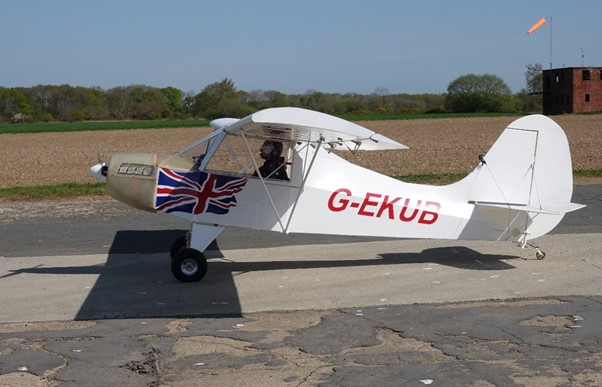 A project managed by Cranfield University has achieved a milestone, with what is thought to be the first ever flight by a British designed and built, all-electric conventional aeroplane.

The press release reports that “after taxi tests and “low hops”, the single seat Sherwood eKub made its first flight of 10 minutes and then a second flight later in the day of 22 minutes from Little Snoring airfield in Norfolk.”

The eKub it reports “is a British designed and built all-electric microlight aeroplane and has been developed by a consortium of Cranfield University, The Light Aircraft Company (TLAC), Flylight Airsports and CDO².

“Funded by consortium partners and UK Research and Innovation (UKRI) as part of the Future Flight Challenge (FFC) initiative, the eKub is part of the broader EnabEl project focused on delivering safe, viable, and environmentally-efficient aeroplanes.”