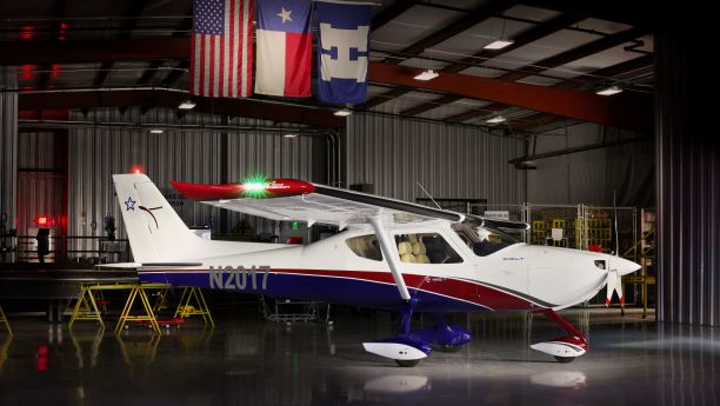 For the British company, this is their second co-operation in the aviation sector. Oxis recently agreed a partnership with US aircraft manufacturer Bye Aerospace, followed by a further development focus in Brazil, where Oxis is currently building a plant.

The aim of the two new partners is to create an electrically-powered machine for flight training and regional scheduled flights based on the Colt S-LSA from Texas Aircraft. The eColt will have a two-seat cabin, be constructed entirely of metal and is designed for a maximum flight time of two hours or a range of 200 miles.

The Texas Aircraft production facility in Campinas, Brazil, will serve as the development site. In addition to the Li-S battery cells from the Oxis plant in Juiz de Fora, all other major airframe and propulsion components are also manufactured in Brazil. According to an accompanying press release, the powertrain has been ordered from WEG in Jaragua do Sul and the battery, including the management system, from the AKAER Group in San Jose dos Campos.

Oxis CEO Huw Hampson-Jones believes the project may place Brazil at the forefront of the development, manufacture and export of electrified regional aircraft. He said, “The partnership will create highly skilled jobs throughout Brazil, and contribute to major exports both in products, services and expertise”.

The British 90 kWh battery system is the key to achieving this goal. It contains Li-S cells with an energy density of 400 Wh/kg and is expected to be 40 percent lighter than current Li-Ion counterparts. Oxis is aiming for series production from 2023 at a former Mercedes-Benz Brazil production facility that they rented in Juiz de Fora in the Brazilian state of Minas Gerais. The starting products for the cathodes and electrolytes are to be produced in Wales.

The Li-S specialist with its niche expertise is a welcome co-operation partner. For example, Oxis Energy is a key player in the European project LISA (Lithium Sulfur for Safe Road Electrification) that was launched at the beginning of 2019, and also leads the Lithium Sulfur Future Automative Battery (LiSFAB) project funded by Innovate UK to commercialize sulfur-lithium technology for large electric vehicles.

Oxis Energy’s investors include the Safran technology group, with whom Oxis also intends to collaborate on the development of battery systems for commercial aircraft. Also, Oxis recently agreed to a five-year co-operation deal with bye Aerospace, in the course of which the energy density of the cells is to be increased to 500 Wh/kg.