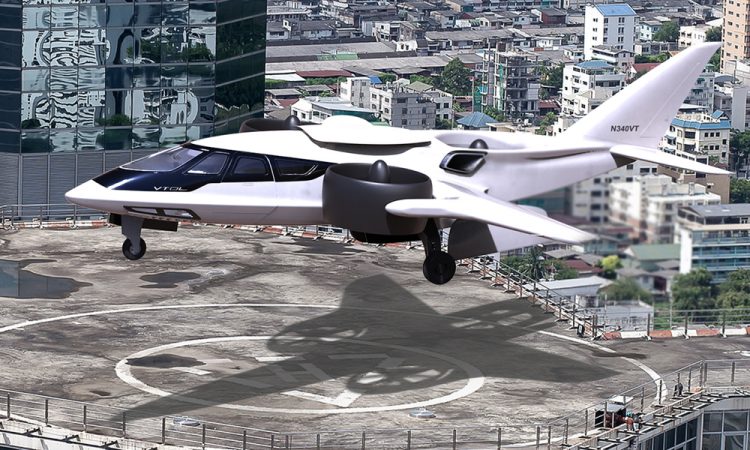 eVTOL.com, reports that XTI Aircraft has received a utility patent from Canada for the technology and configuration of its TriFan 600 hybrid-electric VTOL plane. XTI aims to create a high-speed, long-range business aircraft that can take off and land like a helicopter.

“This follows the two patents issued by China and Japan in 2019,” said XTI CEO, Robert LaBelle. “This most recent one from Canada combined with the rest of the company’s patent portfolio provide significant protection for our unique aircraft in the global market.”

XTI says its six-seat TriFan 600 will travel at 345 miles per hour (555 kilometers per hour) with a range of up to 1,200 miles (1,930 km), combining “the speed, range and comfort of a luxury business aircraft and the ability to take off and land vertically, like a helicopter.”

XTI has selected GE Aviation’s new Catalyst turboprop engine as the core of the aircraft’s hybrid-electric propulsion system. The companies announced in July 2019 that they planned to work together to define a series hybrid architecture to meet the TriFan 600’s performance requirements.

LaBelle reported this collaboration with GE Aviation is continuing, along with the company’s financing activities. However, he pointed out, “Flight tests on our two-thirds scale prototype remain on hold during the Covid-19 crisis.”