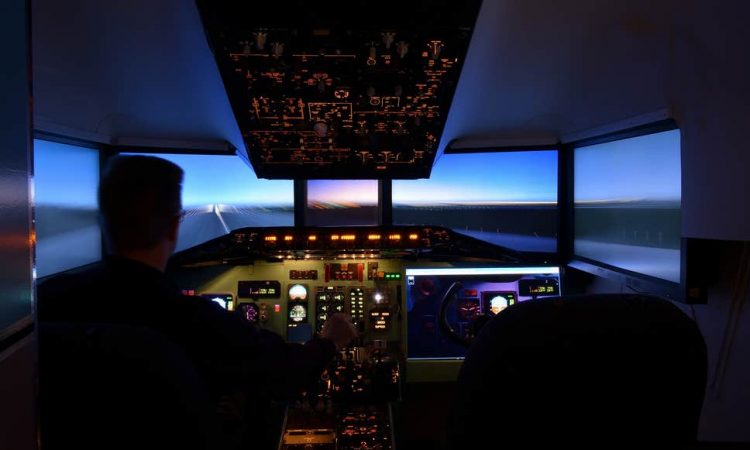 Amazon has filed a patent for teaching its autonomous drones about flight speed, lift-off, rolls and landings, reports standard.co.uk. Aviation-style flight simulators are being developed by the e-commerce company to programme its autonomous delivery drones better navigate drop-offs between homes and avoid physical dangers along the way.

Amazon has blueprinted the simulators, based on similar principles as teaching humans airborne skills in a training environment, to help its autonomous craft avoid crashing into “external objects” or getting lost while dispatching parcels around UK cities in the future.

With this “stereoscopic flight simulator”, the drones would be fixed to a table while test scenarios are played around them on video screens that mimic various distances and obstacles. The patent states, “This can reduce the time and expense required to assess new equipment by eliminating test flights and the costs associated therewith (e.g. fuel, weather, in-flight damage, wear and tear). This can also enable specific scenarios to be tested repeatedly to isolate problems and eliminate test anomalies.” Details about the simulator have been published by the European Patent Office. Amazon says the program invention is required to “make the UAV ‘think’ it is actually flying” in order to undertake dummy drops and avoid “unintended consequences”, such as losing the device. The simulator is able to test flight speed, lift-off, pitches, rolls and landing, as well as change GPS co-ordinates, according to the patent.

The training rig would be used to train unmanned aerial vehicles to execute an “emergency evasive manoeuvre”, dodge trees and no-fly zones, test out its climbing and acceleration capabilities, usually cruising in a straight line at 10mph, and practice docking at recharging stations.

This follows reports that Amazon was putting more resources into its plans for delivery drone fleet rollout in Britain. While in the U.S. the company recently gained Beyond Visual Line of sight (BVLOS) permission from the FAA for a series of trials.

Graham Brown, chief executive of the Association of Remotely Piloted Aircraft Systems UK, said one of the biggest logistical challenges for future commercial drone deployment in cities was calculating how to deliver to high-rise buildings. He said, “Electronic simulation helps speed-up, de-risk and reduce the cost of testing.”