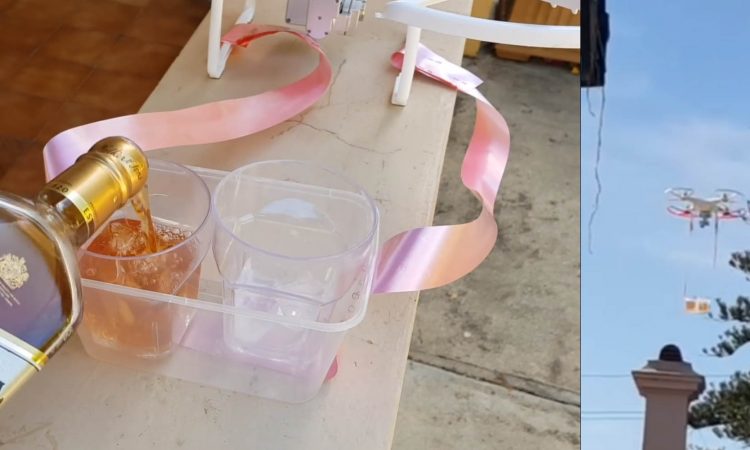 According to dronedj.com, the Civil Aviation Safety Authority (CASA) shared a drone regulations reminder on Twitter after a video was posted on Facebook showing social distancing neighbours in Melbourne sharing a drink together after two glasses of whisky were flown to one of them by drone.

CASA tweeted: “We’ve seen reports of operators of using their drones in some “innovative ways” while practicing social distancing. There’s no doubt we’re living in testing times, but the drone safety rules still apply when you fly.”

This was quickly followed by: “You MUST: Keep your drone at least 30 meters away from other people and in your visual line-of-sight. Not fly above another person or in a populous area, this could include over neighbouring houses and backyards.”

In the whisky drone flight (see link below), the pilot broke a few basic rules including not keeping the craft at least 30 meters away from other people, flying over their property and then actually flying over them. The neighbours commented under the Facebook video: “The Scotch went down good. We love the neighbors.”

Meanwhile, CASA has recently announced plans for drone registration and accreditation for those flown outdoors that weigh over 250-grams.

For more information and visuals