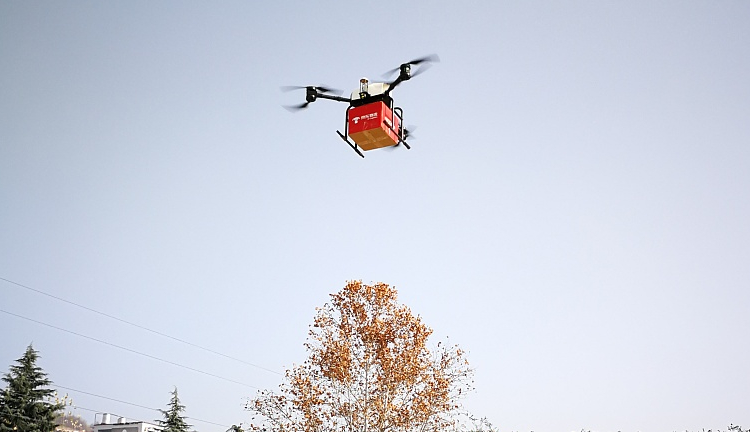 Food delivery operated by drones first became available in a close-in park in central Japanese city Yokosuko during weekends from September 21 to October 27, according to China Global Television Network.

“Tourists in the park can get the order from nearby stores delivered by the unmanned aerial vehicles within just minutes. About 400 items varying from food and beverages for barbecues to first aid kit are available on Japanese’s e-commerce giant Rakuten’s app, on which users can place their orders,” the report says.

“JD has started its drone delivery business as early as 2017. According to the company, their first type VT1 with a hybrid gas-electric engine can carry packages weighing as much as 200 kilograms for long-distance deliveries,” according to CGTV

After that delivery drones that can carry 1,000 kilograms of goods and fly at speeds of up to 50 km/h have been developed to carry out more heavy tasks.”

“The authorized 17 drone routes are all located at an industrial zone in Shanghai, covering 58 square km and serving over 100 restaurants,” according to the report.