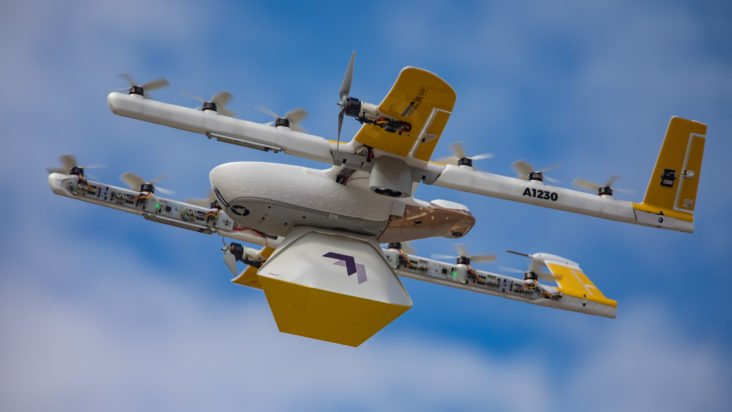 Book-loving children in Christiansburg, Virginia, USA are about to get a special delivery to ease the boredom of summer quarantine. Google will soon start dropping books to kids via its drone delivery service, Wing, according to the Washington Post. Now they can get their hands on a copy of The One and Only Bob plus many others.

For many school librarians, persuading children to read over the holidays can be a challenge. Kelly Passek, a Montgomery County Public Schools middle-school librarian who recommends the drone delivery service, hopes that watching a drone bring books to their house will entice children to read more. “I think kids are going to be just thrilled to learn that they are going to be the first in the world to receive a library book by drone,” Passek told the Post.

Passek was one of Wing’s first drone delivery recipients, and also helped organise book deliveries via school buses for students after COVID-19 forced the area’s schools to close. Libraries are the only way for some students to have access to books — e-readers might be too expensive for some families, and buying books online isn’t cheap, either. Having a library book delivery service is essential to make sure children continue to have access to them — as the Postnotes, there are currently 600 district students living within Google’s delivery region who could benefit from this service.

Google’s book delivery service is an extension of the company’s drone service, which first partnered with FedEx and Walgreens to deliver over-the-counter medicines and other items to Christianburg residents last October. That pilot program has continued throughout the pandemic. Wing also partnered with local restaurants to deliver meals to residents; that service also saw an increase in demand during quarantine. Google has been testing Wing since 2014, when the drones made their first test flights in Queensland, Australia.

Google hasn’t said how often Wing’s drones will deliver books, because this is the first week of deliveries to Christiansburg students. Google also hasn’t commented how long the program will last. But Passek is currently taking requests via Google Forms — she is scouring the district’s libraries for requested books, packaging them up, and dropping them off at Wing’s facility herself. As a bonus, students who receive books don’t have to return them until school starts up again in the fall. What the return method will look like is unclear — assuming they will drop them off by hand — but for now, students can enjoy some good holidays reads without leaving home.