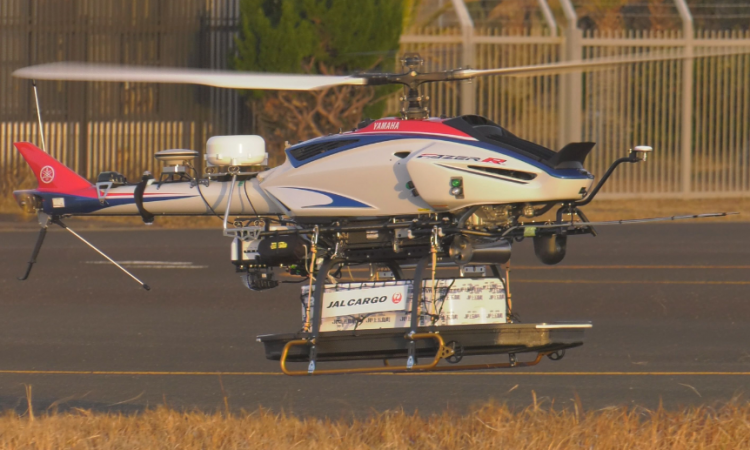 According to helihub.com  Japan Airlines (JAL), in conjunction with its cargo’s transport service, conducted a trial transporting fresh fish from the city of Shinkamigoto in Nagasaki to a Tokyo restaurant.

A shipment of 20kg was packed in a cool box, placed on an unmanned aerial vehicle (UAV) helicopter, which then took off from Kamigoto airport and landed some 35km away in the city of Saikai. The box was then transported to Nagasaki Airport by truck and loaded onto a JAL passenger plane destined for Haneda. The fresh fish was later served at a Tokyo restaurant on the same day.

This UAV flight was piloted by Yamaha Motor Co., Ltd.

During the trial, the temperature in the cool box was logged to make sure the environment for transported goods can be kept at a certain level throughout the flight. This was the first demonstration of transporting resources between airports by an UAV in Japan.