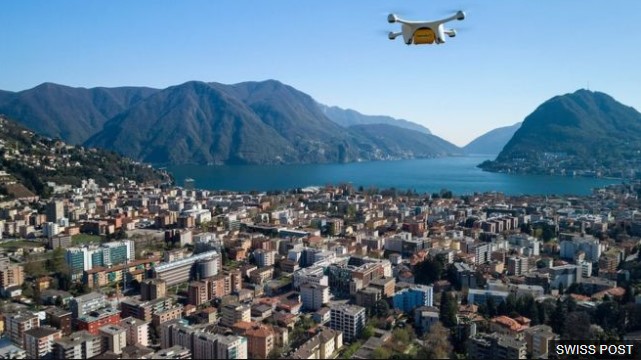 Drones grounded following a crash near a child’s play area in Geneva have been given the go-ahead to take off again, reports the BBC. The incident, in May, was the second in a year and prompted an independent safety investigation, the national British news service said.

“Swiss Post and start-up dronemaker Matternet had been working together to carry lab samples between hospitals,” the article states. “The first incident, in January last year, saw a drone make an emergency landing on Lake Zurich, following a GPS hardware error.

“In the second, more serious, incident, the drone’s parachute malfunctioned and it crashed yards away from an area where young children were playing. There were no injuries.”

All of these had been implemented, the company told BBC News.

“We certify that Swiss Post and Matternet maintain high safety standards and a high level of safety awareness. There are no reasons why flight operations should not be resumed,” said Prof Michel Guillaume, head of the Centre for Aviation, at the Zurich University of Applied Sciences (ZHAW) and a member of the expert board.

In response, Matternet told the BBC: “We’re excited to resume and expand our operations in Switzerland in close partnership with Swiss Post and the Swiss Federal Office of Civil Aviation. Switzerland is known for its high standards of safety and high quality transportation services.”