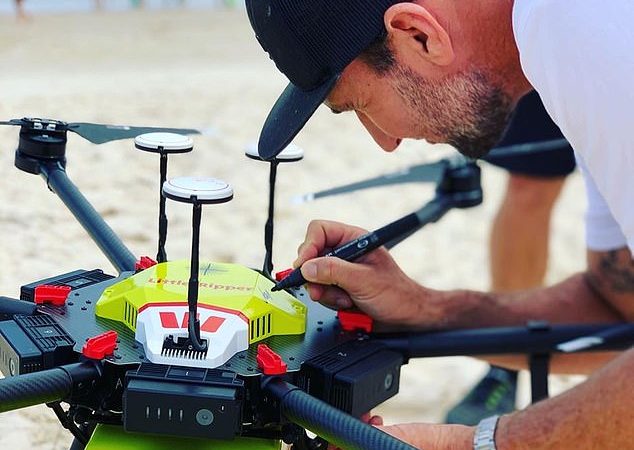 An ambitious plan is being developed to try and keep public places across Australia open by using drones to disinfect them. Across the world this debate is increasing after the success of drone-led sanitation in China.

According to the dailymail.co.uk, Westpac Little Ripper, a ‘lifesaver specialist’ that employs drones, is proposing to use unmanned craft as a ‘quick, fast, efficient and safe’ way to sanitise Australia’s public places

Little Ripper Group CEO, Ben Trollope, explained they’re hopeful it could allow some states to retain some normalcy where others have already lost freedoms. He said, “There’s probably 100 people on the beach in front of me across the span of a couple of kilometres. We want to maintain that and not go to the extent that Sydney has gone to which is permanently close all beaches for the forseeable future.”

The company is hoping to convince the federal government to use its fleet of drones across a range of measures, including broadcasting systems and sanitisation.

Inspiration came from China who used 12,000 drones during the height of the pandemic outbreak to disinfect more than 600,000,000m² of public spaces.

If approved, plans would involve using a formation of up to five drones at a time to spray a cleaning agent on public surfaces to neutralise the COVID-19 virus in places like public playgrounds, schools, universities, hospitals, aged care facilities and supermarkets.

‘”There are a lot of countries that have found drones to be an effective and efficient way of disinfecting public areas and we’re no different in Australia,” continued Trollope.

“Drones are here to stay. We have seen them over the past four years grow in capabilities across our beach and coastline. We’re certainly not here for surveillance. We are here to do a job.

“A lot of our bigger spray drones don’t even have cameras on them, they just have first person view finders, so we can actually see where we are and what we’re doing and what we’re close to.”

The company has all regulators on board, and they could be ready to launch within two to three weeks if they’re able to secure support from the government from federal down to local.