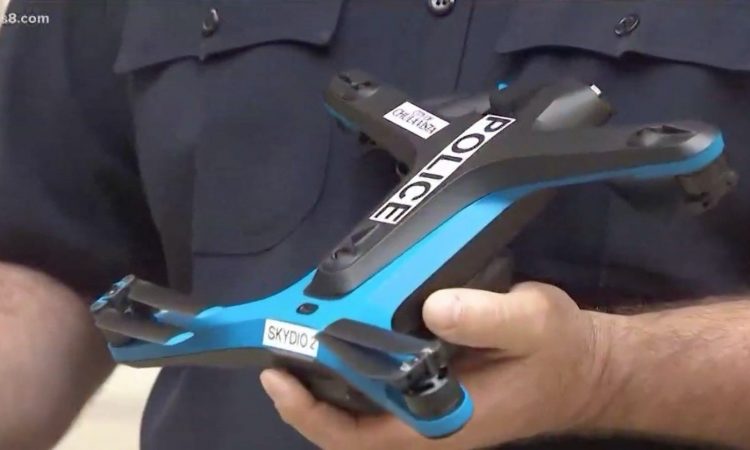 As civil unrest erupts across America, protesters face a military backlash. These soldiers come armed with next-generation surveillance technologies, some spying from the skies above, hooked up to inconspicuous drones that can autonomously track people. These devices have cost the U.S. government tens of millions of dollars in the last year alone, according to forbes.com.

Some dubbed it the “selfie-drone” because of its ability to autonomously track and film a subject, as well as its ease of use via an iPhone or Android smartphone. The Skydio 2, costing USD999, was released in 2019, and quickly became known as “the smartest drone on the planet,” promising to “fly itself while intelligently motion tracking a subject.” This subject could either be a person “doing any activity,” or a car.

Today, the company is quietly pivoting towards government work. In May, the DEA gave a USD190,000 contract to Skydio, following a USD16,000 order last August. That same year, it also scored a USD3 million contract with the U.S. Army and a USD1.5 million deal with the Air Force.

Yet, Skydio has been more vocal about their association with the US police force. In December, the company announced it was supplying the Chula Vista Police Department with drones, for emergency situations only. Other contracts include the Ohio state government and L.A. County Department of Regional Planning.

A recent local media report covering Ohio’s use of the technology suggested the drone had facial detection capabilities and was able to dodge objects as it autonomously tracked a person.

“As you can see, it’ll keep following me. If I’m running on a bike path, and I think it’ll try to go around me even here, too, if it sees my face,” said David Gallagher, chief of staff at the Ohio Unmanned Aerial Systems Center. As one former employee explained, this isn’t face recognition, more person recognition: the Skydio tech can detect people in a scene, where the user then chooses whom to track.

The company’s shift to government work is also evident in Skydio’s efforts to woo the mandarins of Capitol Hill. Forbes found records of recent Skydio lobbying efforts, after the company handed over USD30,000 this year to lobbying firm Brownstein Hyatt Farber Schreck.

Skydio’s tech could now be put to use on protesters, given its government customer base. (Forbes points out there is no evidence it has been put to use by agencies asked to deal with the unrest, however). As revealed by Buzzfeed on Monday, the DEA has been given permission to carry out surveillance  on protesters and could now apply such tech to spying on crowds gathering across U.S. cities. Neither Skydio nor the DEA had responded to requests for comment at the time of the Forbes publication.