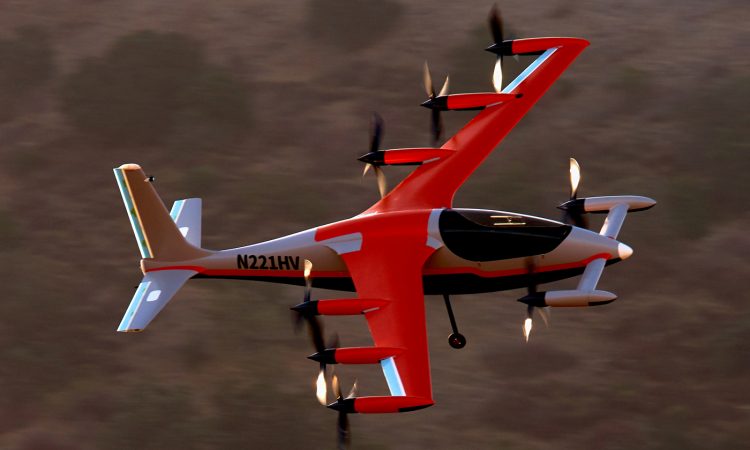 Kitty Hawk has announced it will be ceasing work on its Flyer personal eVTOL in order to “double down” on its primary eVTOL platform, Heaviside, reports evtol.com. Kitty Hawk CEO Sebastian Thrun and Flyer president Alex Roetter explained their decision in a June 3 blog post titled “Our Next Chapter.”

“Today, we are winding down the Flyer project,” they wrote, pointing to more than 25,000 successful crewed and uncrewed flights with a total of 111 aircraft since the program launched nearly five years ago. More than 75 people flew the ultralight eVTOL aircraft, most of them novice pilots.

“We are proud to have built the first electrically powered VTOL aircraft in the world flown by non-pilots, but we’ve  learned what we needed from it,” continued the blog. “These include things like vehicle design and testing, manufacturing aircraft, and most of all, how humans would experience eVTOL. Just as with our earlier Cora aircraft, Flyer is clearly a milestone in the history of Kitty Hawk and eVTOL vehicles.”

Now, the company plans to focus on its winged Heaviside eVTOL, which is targeting a range of 160 kilometers, speeds of up to 290 km/h, and the ability to fly over cities. Like other players in the urban air mobility space, Kitty Hawk has stated that its long-term goal is “to free the world from traffic.”

In December, Forbes published an expose on Kitty Hawk detailing “technical problems and safety issues with Flyer and unresolved questions about its practical use.” At the time, Kitty Hawk said that it had moved to seeing the single-seat Flyer as the basis for a ride-sharing transportation service, rather than a vehicle for individual purchase as originally intended.

Meanwhile, Kitty Hawk entered into a joint venture with Boeing, called Wisk, to develop its autonomous Cora eVTOL. “Going forward, we are doubling down on Heaviside as our primary platform,” Thrun and Roetter stated in their blog post, referring to the larger single-seat eVTOL that was unveiled in October 2019. However, that program has also had some challenges, as the prototype was substantially damaged in a crash caused by a software timing error just two weeks after it was revealed to the public.