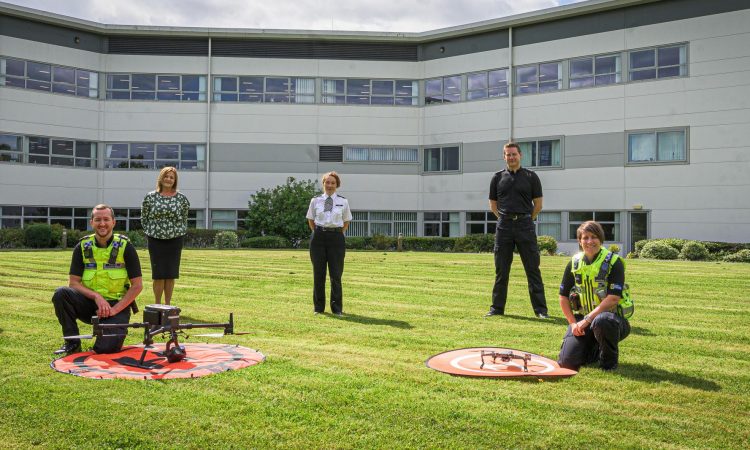 A team of specially trained officers from the UK’s Cheshire constabulary will support the force’s new DJI Matrice 300RTK drone to uncover and stop criminal activities around their county, reports the Liverpoolecho.co.uk.

The newly qualified police operators have all received qualifications that the Civil Aviation Authority (CAA) recognise, to enable them to operate the £10,500 Matrice drone. The team includes three Officers and a Sergeant. The unmanned craft, which was launched this week, will be used to find wanted criminals, film crime scenes and locate cannabis farms as well as pinpoint missing people and other actions like photographing car crashes.

Chief Inspector Gareth Wrigley commented, “I want to reassure the public that the drone will not be used for general surveillance and only be deployed for incidents and operations.” He continued, “Having drone capability will make a huge difference in the way we protect vulnerable people and gather critical evidence. This increases our tactical options to help make Cheshire even safer.”

The Police and Crime Commissioner for Cheshire, David Keane, said, “The drone will bring huge benefits to frontline policing. Although manned aircraft will always be required for some operational activities, there are opportunities, such as when aerial photography alone is required, that drones would be more suitable, quicker to deploy and more cost-effective.”

An increasing number of police forces around the UK are deploying drones from the West Midlands and Lancashire to Kent, Essex and Dorset constabularies. For example, the Essex Police Force use 4 different types of craft in their work, have 36 officers trained to use them, who last year carried out 420 drone deployments.