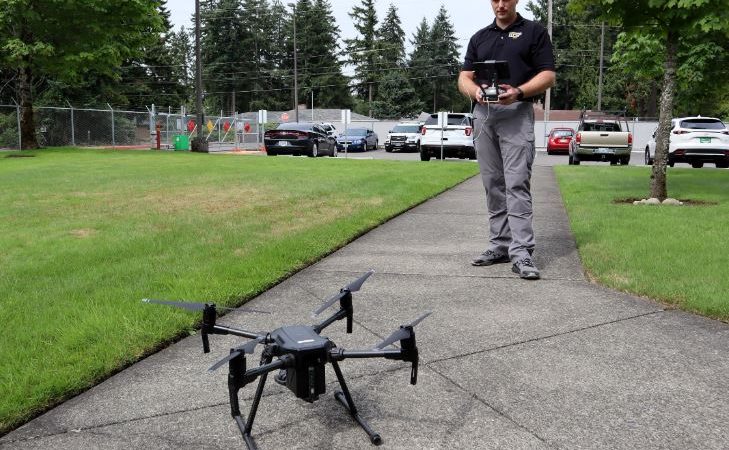 The police agency for the state of Washington almost certainly operates the largest drone fleet of any state or local government agency in the US, reports the NW News Network. The Washington State Patrol (WSP) has amassed 111 drones in just three years.

Last year, the Centre for the Study of the Drone at Bard College published a study on public safety drones identifying the Polk County Sheriff’s Department in Florida as having the greatest number of drones at 20.

WSP Detective Sergeant Clint Thomas said about 100 state troopers and detectives had been trained to fly the camera-equipped drones. Manufactured by DJI, the quadcopters range from higher-end consumer to commercial models.

Thomas added that the UAVs were only used to investigate serious road crashes and fatalities rather than in surveillance.

“It’s a little more work on the back end in the office putting it together through the software, but you’re saving a lot of time out on the roadway,” Thomas said. “That was the driving force — to save time on the freeways, getting those cleared up to get traffic moving again.”

The drones have cut the time taken to investigate a two-car collision scene from half an hour to ten minutes, according to the police officer. The eye-in-the-sky has replaced time-honoured methods such as tape measures, chalk marks, and laser scanners.

The force does not rule out the use of drone work beyond collision and crime-scene mapping, such as monitoring wildfires in the summer, but permission for the purpose would require the personal approval of the chief of the state patrol.

“We’re not allowed to take video or use it for surveillance,” Thomas said. “We’re very strict in how we run our program. Essentially, we’re just taking baby steps.”

There are currently no state drone laws in Washington. In 2014, Gov. Jay Inslee torpedoed a bill seeking to establish a drone policy for state government. As a result, individual agencies create their own policies for permitted uses, privacy protection and data retention.