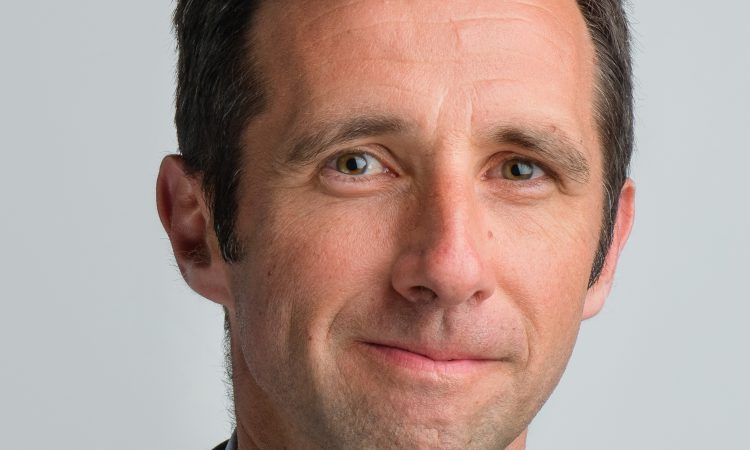 What is Azur Drones doing that is so different from other commercial drone operators?

We are operating drone-in-a-box, autonomous drones, and we have an initial focus on video surveillance. We want to be a pioneer of the drone age by being approved to operate autonomously – that is to say with no licensed pilot. That’s key to understanding what we’re doing.

We started autonomous flights by a simple use case which already brought significant value to the customer: flying video surveillance missions over private and fenced areas. To do that, we obtained authorisation from the Direction Générale de l’Aviation Civile (DGAC) in February 2019, following our work with them to prove the reliability and safety of our drone system.

What did you have to do to persuade the DGAC that this operation was viable and safe?

It’s true that nobody has done this before, so there was no existing regulation. I have 20 years’ experience in the aerospace business so I know the world of certified aviation operations.  But in this case there were no certification requirements.  We had the Specific Operation Risk Assessment (SORA) and we developed the SORA for our use case with the DGAC. That was the starting point and it took us 18 months to work together on the different areas of risk, covering all aspects of technology, training and the regulatory environment. We have been able to demonstrate and get a blanket authorisation for this.

We defined a use case, which includes flying over private areas with specific training – night and day – then found a site in France that complies with this use case and that gives us automatic authorisation. From the original authorisation in 2019 we have been able to additional specific operations for using 4G communications links, for example, and autonomous operations, via the SORA process.

We have regular meetings with DGAC, providing them with feedback of where we are, in terms of our experiences on the ground, and they’re happy with the way that together we have been able to grow this new business area. The SORA that we developed in France with the DGAC is part of the basis of what will be used by the European Aviation Safety Agency (EASA) to extend the regulation in 2021 for Europe.

Where are you operating now?

The port of Dunkirk was the initial customer. We have been operating patrol rounds to secure access to the restricted area there for more than a year. And we now have more than ten customers and we’re expanding quickly. We have our ports application, oil and gas applications and we are now working with energy companies, nuclear plants and the military bases – those kinds of high-value critical-installation sites in France. We are also developing our business in the Middle East.

We get calls from cities, ports, airports and hospitals, asking if they can operate autonomous drones tomorrow on their sites. And because we know what it takes, because we have been through the regulatory analysis and we know what has been authorised and what has yet to be authorised, we can tell them it is generally not possible for now.

Can you fly beyond visual range of sight (BVLOS) right now?

Yes. We operate BVLOS 24/7 – but our use-case is based on flying over a private area so people on site are aware that there are drones operating.

How do you see the technology and regulations developing to ensure we have the right communications networks to support command and control, video downlink and the UTM system?

As far as flying autonomous drones is concerned, we’re discussing with international organisations and regulatory authorities on future developments.

We are working with EASA to prepare for integration of UTM and to prepare for new regulations and requirements which will open up new applications. But we’re a small company and we have to focus on what we can do now or tomorrow. So Azur Drones will not be driving all these business improvements.

What will you be doing in three years’ time you are not doing now?

With the COVID crisis we’re going through right now, there is a new requirement to lower direct costs and people’s exposure to risk. Our customers don’t want to expose their people to dangerous or difficult conditions – they want to rely on drones for surveillance. We are seeing a lot of market traction with this application.

But once you’ve put a drone-in-a-box system on site the next step is to look beyond security surveillance to inspection, using same drone. So we want to build from that initial application, adding other relative applications in the future.

We also want to prepare for new markets and new applications, develop the technology, the experience and build on the results of our R&D work. For example, everyone’s talking about delivery. My engineers have now started working on that, seeing how we develop our technology to this new requirement.

What was the most difficult challenge you faced in showing the DGAC your concept was safe and manageable?

In terms of technology – and my engineers are not in the room – I would say it was not that difficult. What’s difficult is to look at the entirety of the system. It’s not only a drone, it’s not only a box, it’s also an airport and an autonomous airport, at that. We provide a system that includes a drone, a station, control software, a weather station and some remote support to the regulations, such as training. It’s clear the drone has to land safely and has to have a parachute but there’s a number of other things you have to demonstrate, too.

So, I’m proud of what we’ve done. If you look into the drone, the electronics include the regulations and the SORA built into the design. So, everything is linked and this was the key challenge.

Another part of the process is the site analysis. We have experts in landing sites, former pilots, and experts in regulations. When we come to a site we undertake a technical visit to understand the regulations and the core activity, so we can program missions with no-fly zones and set a fence around the site which takes account of busy roads, for example.

And if you have an emergency helicopter that needs to come and land in the same area that you’re flying, how do you cope with that?

There are two levels to this. The drone is flying in airspace where no other object is authorised to fly other than emergency helicopters and people operating the drone are in direct contact with air traffic management. The drone is also able to detect other airborne traffic and we have had cases when it detected an emergency helicopter and automatically returned to base.

The next step for us is UTM and to be able to be operate closer to airports. There’s a lot of industry close to airports so the next step is to see this ecosystem building and we want to make sure we are safely integrated into a UTM and that we can fly with cooperatively with other drones.

Will you develop your own UTM system as part of your overall service?

How would you describe your business? Have you gone beyond the start-up phase into full commercial operations?

Yes. This story started with a start-up company four years ago. It has gone through many steps and we have now demonstrated that we have a product. We have the regulation, we have customers and we have seen there is market for what we are offering.

So at this stage we’re engaging the next step, which is scaling up – getting more opportunities and developing internationally. So we are looking at the Middle East, other locations in Europe and North America, which has significant other challenges in terms of regulations.

When do you expect that you will be able to expand into other EU countries? When do you see the regulations being there to allow you to do that?

The regulations starting in 2021 will allow us to expand into other EU countries. There will probably be a phase where the local regulations would have to adapt to the EASA rules but we see that happening early next year.

What have been some of the key challenges you have faced – and what have been the benefits to customers of deploying your system?

Each site has different challenges. The weather in Dunkirk is not the same as the weather in Bordeaux. But we were happy to see how the system reacted to these different environmental challenges. We had to adjust in some points but overall, the operation validated a lot of the testing we had done. Our customers had to quickly learn to become drone operators, even though we’ve decreased to the minimum the level of requirements we put on them.

Having a drone fly over your site is new and we are learning a great deal about the social acceptance that will be required in the future when we have drones flying over cities.

At first this was a novel experience for security agents because they had a new toy. That lasted for a few weeks, and then it was just a camera. It gives them a new sense of security. On the ground you can hear it flying so it has a deterrent effect.

It also changes the whole balance between task and the number of people you need – so we have been able to decrease the number of unnecessary patrols or checks, and allowed manages to relocate people to specific tasks. If there’s an alarm we can have the drone overhead in less than a minute so agents are not wasting their time looking for the incident.