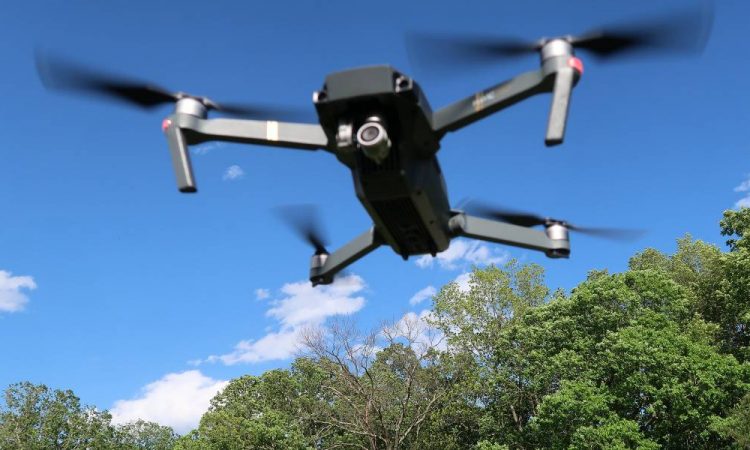 Japanese start-up, Earth Analyzer, located in the city of Ayabe in Kyoto Prefecture, has developed a drone that operates autonomously in places with no GPS reception, such as below girder bridges or in tunnels, reports mainichi.jp.

This so-called “seamless drone” receives location information from sensors set up around areas with no GPS signals, that are then converted into similar signals used in GPS. This enables the drone to automatically identify its location.

The first demonstration flight was unveiled recently at a construction company’s warehouse in the Kyoto prefectural city of Nantan.

As part of the trial, the drone flew to the warehouse entrance following a pre-programmed course along ribbons that were strung outside the warehouse and hovered for a moment. Then, the system was altered so that the transmission to the drone was switched from GPS to a group of six sensors. The craft then entered the warehouse, around the size of a small gym, and flew along a course indicated by the ribbons before leaving again. The drone hovered once more when outside, and switched back to the original GPS signal, where it came to rest at a circular landing point marked with an “H”.

Until recently, there has been no other option, but for people to operate drones manually inside buildings and other areas where GPS signals cannot reach. While there is a method to operate drones by equipping them with cameras and lasers and have them fly while analysing images, this requires slowing down their speed as well as being limitations on the locations they can fly.

The new drone system was developed in a joint effort by Earth Analyzer, Tokushima University, and i System Research Corp., a tech firm based in Kyoto’s Nakagyo Ward. The GPS used include those of the USA, the Galileo systems of the EU, and Russia’s GLONASS.

The drone is scheduled to fly through a water supply tunnel this month after passing through a sluiceway in the Yura River in the city of Fukuchiyama in northern Kyoto Prefecture.

Hisanori Araki, president of Earth Analyzer, commented, “Japan’s infrastructure is showing signs of deterioration, and there is a potential demand for inspections by drones. Although manual operation requires time for training skilled pilots, the seamless drone can be flown by anyone even if you aren’t a skilled expert.”