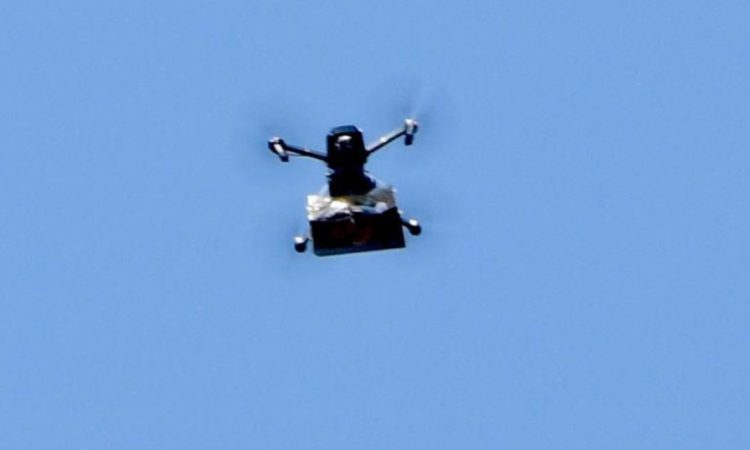 The bizarre drone escapade of last week is awarded to an incident in Tel Aviv, Israel, a news story covered by both the specialist websites and the mainstream media (MSM) around the world including skynews.com. What adds to the intrigue is an accompanying video (see below).

The video shows a drone high up in the sky suddenly release what at first looks like hundreds of leaflets, but after hitting the ground turn out to be small plastic packets. On further inspection the content inside transpires to be cannabis, weed, pot or marijuana, depending on the word you wish to use. “This stunt”, as the MSM calls it, occurred after the Israeli Green Drone group, which seeks to legalise marijuana in Israel, had written on its Telegram web messaging channel: “The time has come.” Later they added: “Is it a bird? Is it a plane? No, it’s the Green Drone sending you free cannabis from the skies.”

The local Maariv news website, the first to break the story, explains that passers-by picked up some of the cannabis and left before police arrived. This is shown on video where people are seen walking through busy traffic to reach the the packets after falling on to a road. Police say they arrested two men who allegedly flew the craft over Tel Aviv’s Rabin Square, a site used for street protests and political rallies. Police referred to the cannabis packets as “a dangerous drug” and stated that officers managed to recover dozens of them.

Currently, medical use of cannabis is permitted in Israel while recreational use is illegal, but largely decriminalised. In May, Israel approved exports of medical cannabis, paving the way for sales abroad that the government expects to produce hundreds of millions of dollars in revenue.