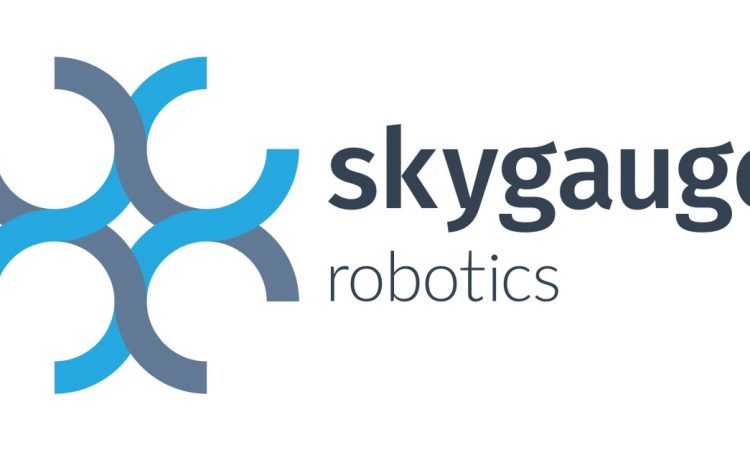 As businesses prepare to reopen after the lockdown, industrial worksites face challenges with maintenance, staffing, and safety. Skygauge Robotics (SR) this week announced a new aerial drone designed for inspecting construction sites, pipelines, and tanks, according to robotreport.com. The system is able to make contact with surfaces for testing.

SR claim that it has “reinvented the drone” to perform a wider range of industrial inspections and minimise worker time on site. Its drones tilt their rotors to fly with greater stability and closer to structures to conduct inspections. The company added that most drones perform only surface visual inspections with cameras.

“We had come up with this ‘thrust vectoring’ drone design and found that it could perform jobs not possible with current forms,” explained Nikita Iliushkin, co-founder and CEO of SR. “We found that by addressing the stability limitations, you could execute physical work tasks. This includes pressure washing, scrubbing, sanding, painting, and attaching a robotic arm for general work. Our vision is to create a workforce in the sky.”

Iliushkin continued, “We went with ultrasonic testing at industrial sites because it was the most basic form of physical work, precisely attaching a sensor onto a designated target. The biggest challenge was creating a new control system from the ground up that can utilise the full capabilities of the design.”

Iliushkin said that their customers want the company to focus on functionality like tools.  “When compared with the current methods — workers on ropes and scaffolding — reduced flight time is not impactful because there is a large magnitude of time savings. In the future, we plan to use a tethered power source to further increase the flight time and productivity.”

The Skygauge includes a novel arm-mounted sensor, which comes into contact with pipes, pressure vessels, and storage containers to detect cracks beneath the surface. Currently, such inspections are expensive, dangerous, and time-consuming because they’re performed by workers on scaffolding.

“We use an industry-standard ultrasonic thickness gauge that uses sound waves to measure the wall thickness,” continued Iliushkin. “The same way doctors use ultrasound to look inside people. The probe can be mounted on different angles of the drone, so it can contact surfaces directly above or below the structure.”

Iliushkin explained that Skygauge measures metal wall thickness in the exact same location over time, for example, every 6 months, to find if the metal wall of a pipe or pressure vessel is getting thinner. If the wall gets too thin, maintenance needs to be performed.

Its system can enable a team of two inspectors to complete a two-week job in two days, reducing time on site by 80 percent, whilst training operators takes only two to three days.

As for sensor wear and tear the transducer, the ultrasonic testing instrument, lasts indefinitely due to the design. There is also a soft plastic tip which protects it from damage. Iliushkin confirms, “Only the cup that holds the inspection equipment may experience wear over time and need a replacement every one to two years.”

SR said it is engaged with over 100 potential customers and has demonstrations planned with 10 Fortune 500 global companies. The startup said it is working with inspectors, pilots, and industrial facilities to test the technology and bring it to market over the next several months.

“Our goal is to get people out of dangerous environments and the need for this has never been greater because of COVID-19,” stated Iliushkin. “This technology is primarily used on refineries, offshore platforms, ships, wind turbines, and bridges. As our technology and company mature, we will expand into other forms of physical work. In the next one to three years, we’re planning to release attachments for more inspection methods, painting, and a wire brush for cleaning surfaces.”

So far, Skygauge has received USD400,000 in pre-seed funding from investors including SOSV Investments, HAX Accelerator and Hello Ventures. The company said it is preparing for a larger round to respond to demand for more pilot projects and commercial deployments.

“As soon as we close our next funding round, we’re hiring an additional six engineers and one business developer,” concluded Iliushkin.