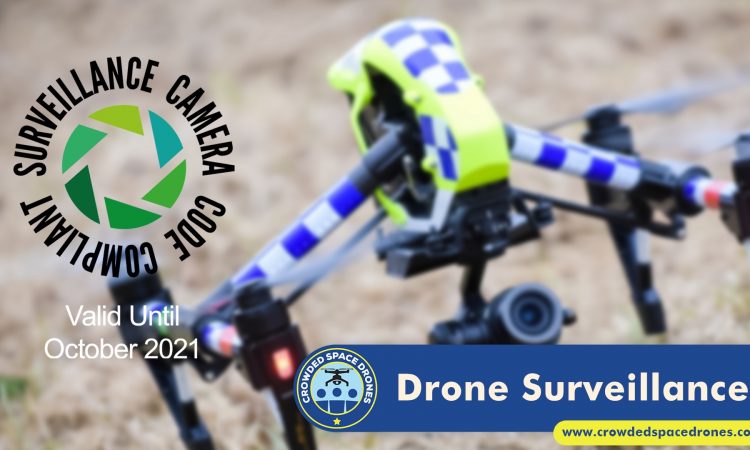 The UK Surveillance Camera Commissioner has awarded Crowded Space Drones “the first ever” private sector certificate for the use of drones in surveillance, reports a company press release.

This certification has been adjudged following an independent audit by IQ Verify on behalf of the Commissioner. This license has only been granted to the public sector before like the police and NHS and therefore represents an important leap forward for the private quarter.

Crowded Space Drones are “a leading provider of public safety and surveillance by drone in the UK”, working for bodies ranging from the police and military of defence to local authorities and enforcement agencies. Also, the company holds an enhanced permission from the CAA permitting them to fly closer to people and higher than 400ft, so beyond the normal stated regulations.

Andrew McQuillan, Director of Crowded Space Drones, commented, “We are very proud to be the only private sector group to gain this certification as it enables public trust in our work and offers clients a confidence that we comply with all the required legislation.”

Laurence Clarke, Director of IQ Verify, explained, “The Surveillance Camera Code of Practice was issued by the Secretary of State under Section 30 of the Protections of Freedoms Act to ensure that the use of cameras in public places was regulated and only used in pursuit of a specified purpose. It sets out 12 Guiding Principles which strike a balance between protecting the public and upholding civil liberties.”

He added, “It is a little-known fact that the remit of this Code specifically includes surveillance camera systems used in Drones, whether this is private sector or linked to a relevant authority.”