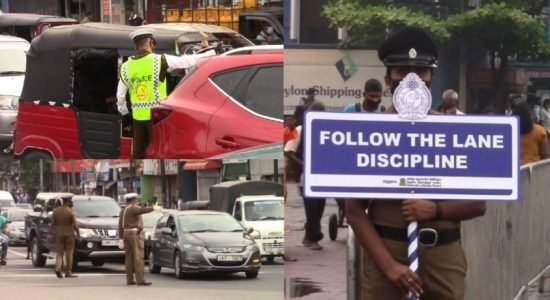 The Sri Lanka Air Force (SLAF) drone operators conducted surveillance this week along the four main entry routes in to the city of Colombo. They are the Rajagiriya, Nugegoda and Borella areas as well as the Galle Road, reports newsfirst.lk. The surveillance was carried out as part of an educational program to re-implement the city’s traffic lane law.

One aim of these operations is to observe the build up of traffic congestion and then provide this to the local police so as to manage the vehicle movement more efficiently.

The Traffic Lane Law that was originally implemented to reduce the congestion in Colombo and suburbs, as well as to focus on keeping the bus priority lanes clear from other traffic, was reinforced this week by the Sri Lanka police. The lane law had been temporarily suspended in the Western Province during the Coronavirus pandemic.

It seems that some world countries are preferring to deploy drones to manage traffic congestion instead of in-situ cameras. Drones offer more flexibility and a wider view range.