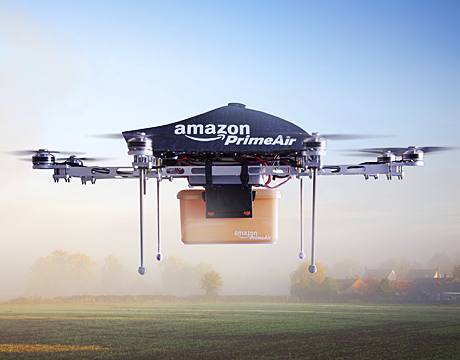 Amazon is preparing to roll out a fleet of drones in the UK that rapidly deliver packages during the pandemic, after the Government gave the green light to trials for medicine drops earlier this year, reports telegraph.co.uk.

Figures compiled by The Telegraph using data from LinkedIn suggest Amazon has almost doubled its Cambridge “Prime Air” team in the past year to more than 60 staff, having first started trials in the UK during 2016. Its most recent hires have included several “drone flight operators.”

The team is based at the company’s R&D base in Cambridge, where Amazon also works on the Alexa digital assistant. Last year, it emerged that the company had expanded the size of the testing site to that of a football pitch.

The moves to grow its UK drone team comes after Amazon, last year, hinted during the Re:MARS Conference that interest in this technology would be expanded. The company said its drones were close to travelling “up to 15 miles and deliver packages under five pounds to customers in less than 30 minutes”.

Certainly, at the SAFIR trials at Antwerp Port last September, where Amazon took part in a series of tests, it was reported its craft’s ‘local intelligence’ technology was highly sophisticated and ahead of the pack. Also last year, Amazon requested approval from US regulators to fly drones as well as become part of an “innovation sandbox” testing team in the UK.

Companies have been working on developing unmanned craft for years, but so far, the industry has been held back by regulation requiring drones to remain in sight at all times during flight, making autonomous deliveries less economically viable. However, the Covid-19 pandemic has accelerated work to loosen such regulation with drones seen as a potential way to transport hot food and medicines during lockdowns. Many countries have used such deliveries to help isolated citizens during 2020.

Amazon has emerged as the biggest winner during lockdown, last week revealing its profits had more than doubled to USD5.2bn (UKP3.95bn) in the three months to the end of June.

As they say, watch this space.