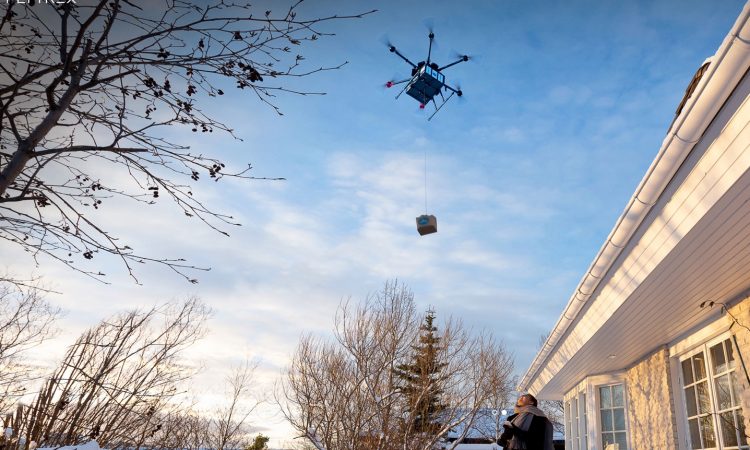 According to venturebeat.com, Israel-based drone company, Flytrex, have announced the launch of an American drone delivery service in Grand Forks, North Dakota. In collaboration with drone-as-a-service company EASE Drones, the Grand Forks Region Economic Development Corporation, the Northern Plans Unmanned Aerial System Test Site, and the City of Grand Forks, the startup will deliver food, medicine, and other goods from restaurant and retailer partners to select households via drone.

The expansion comes as the covid-19 pandemic has led to shelter-in-place orders around the world, forcing a number of businesses — particularly restaurants — to offer only delivery or pickup options. It’s been suggested that drones and autonomous vehicles can limit unnecessary contact between workers, couriers, and customers, helping prevent the spread of infection.

Flytex says that in Grand Forks, its drones will take off across the street from a local supercentre that customers can purchase items from. During the initial stages of the pilot program, deliveries will be offered to households that have opted into the service and will be made directly to backyards.

Urban Air Mobility News has covered recently other American drone delivery service stories during the pandemic including in North Carolina where companies like Zipline are delivering PPEs (such as masks) around the campuses of the Novant Health medical network in Charlotte and Matternet, which in partnership with UPS will make medical deliveries between WakeMed hospital in Raleigh and its Healthplex in Garner.