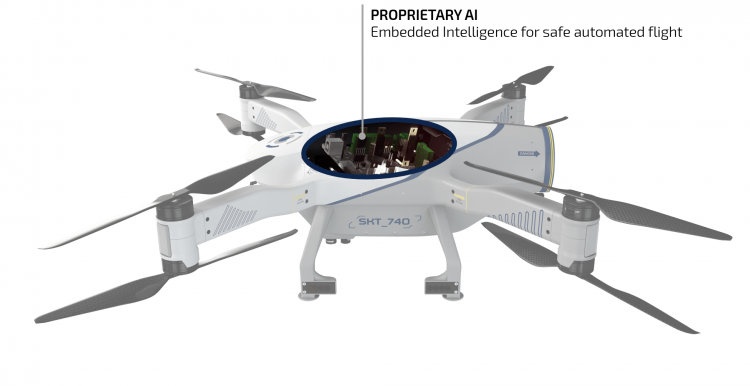 French unmanned aerial vehicles (UAV) company, Azur Drones, announced last week that it has appointed the former French Chief of the Secret Service to help scale its presence in the surveillance and security space, reports verdict.co.uk.

Azur Drones has appointed Alain Juillet, the former head of France’ Intelligence Directorate of the General Directorate of External Security (DGSE), to an advisory board position where he will advise on the company’s development in the autonomous surveillance space. Juillet, previously held the role of High Representative for Economic Intelligence in the office of the French Prime Minister and is joined by international security and defence specialist Daniel Rich, who worked for many years in the French Ministry of Defence.

The newly formed advisory board will help Azur Drones grow its presence in the surveillance and security space, where it currently provides Skeyetech, an autonomous drone-in-a-box solution, to be used without certifications by security guards. The drone carries out specific checks, provide support to security teams during interventions or conduct perimeter patrols.

They are already deployed by multinational businesses across oil and gas, energy and security, but the company now plans to scale its presence across industries.

Jean-Marc Crépin, CEO of Azur Drones, said, “The creation of this new senior advisory board will help us to scale our business and open up new markets and opportunities for autonomous UAVs, helping us further accelerate our ambitious growth plans.”

He continued, “We believe there is a significant market opportunity for plug and play drone-in-a-box security systems, which can add significant capability to security teams, without the need for additional personnel or extensive training.”

The company hopes the appointments, as well as further planned fundraising, will help Azur Drones expand its surveillance and security presence.