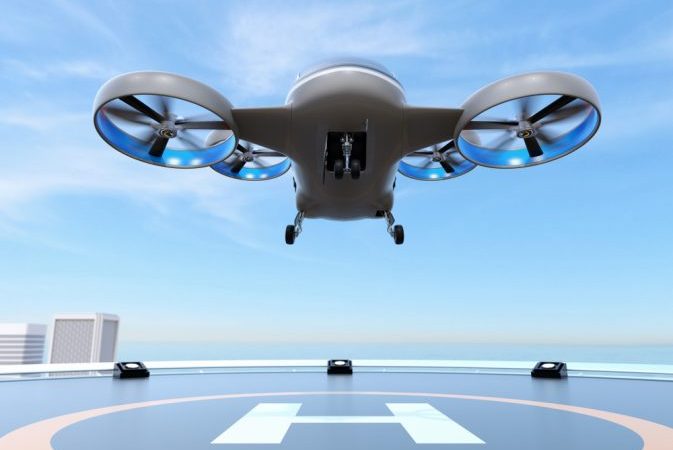 Ahead of such aircraft approval for commercial use, Skyportz is encouraging clients to develop rooftop landing facilities that, meanwhile, could be used for other functions such as roof gardens, cafes, lounges or sports.

According to AIN’s FutureFlight.aero, Skyportz founder Clem Newton-Brown explained, “Our view is that anyone developing a new building now needs to play a part in the urban aerial revolution.” He continued, “We are developing a network of sites initially in Melbourne, whilst discussions are well advanced with partners in other countries that are keen to leverage off the work we are doing in Australia.”

Skyportz is in discussions with several eVTOL aircraft developers who are not among the eight manufacturers so far selected by Uber for its planned network.

During 2020, the company is working on approval processes, developing facilities and building political support for trial operations of both unmanned cargo drones and passenger-carrying eVTOL aircraft in a non-urban environment. The company sees its home city of Melbourne as a potential early adopter of urban air mobility taxi services and is trying to encourage an eVTOL developer to establish a presence in Australia.

Meanwhile, Arup has worked on developing Uber’s planned Skyports facilities that are expected to be used for the rideshare group’s own air taxi program that is provisionally set to begin operations in Dallas during 2023.

According to Skyportz, Melbourne is well placed to be an early adopter of eVTOL air taxi services. “We have a supportive government, a stable electricity grid, flat topography, benign weather and a globally respected air regulator in CASA,” continued Newton-Brown. Adding, ” We are also the only city in Australia where you can land a helicopter in the central business district.”

The company’s founder went on to tell FutureFlight.aero that both Australia’s federal government and the Victoria state government are supportive of eVTOL development in Melbourne. However, he acknowledged that city officials are less keen on the plans. In his view, eVTOL pioneers need to establish a “social license” for this new mode of transportation by demonstrating that the benefits to society will outweigh any perceived negative factors.