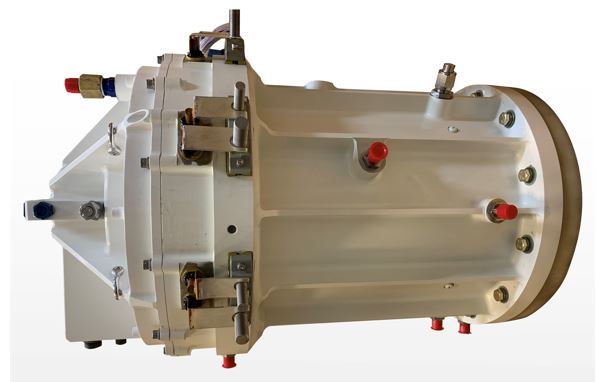 Honeywell today announced it has successfully completed the first round of testing of its 1-megawatt generator system, a new power source designed to serve hybrid-electric aircraft. “This system” the company press release says “is the industry’s first aerospace-grade electric machine that can also be used as a 1-megawatt motor without modifications.”

“The megawatt generator operated at 1.02 MVA (~1MW@ unity power factor) power levels during successful testing” the company reports and continues saying “the test demonstration ran continuously at 900 kilowatts, highlighting the megawatt generator’s high-power density (~8kw/kg) and efficiency (~97%), which are key enablers in hybrid-electric propulsion for both aerospace and ground applications.”

The press release also reports that “At 280 pounds, the Honeywell 1-megawatt generator weighs about the same as a motor scooter and delivers enough energy to power an entire neighbourhood block. Its compact size, low system weight and fuel savings translate into sustainable and operational benefits for hybrid-electric propulsion and other applications such as mobile charging stations, turbogenerator systems that can be flown in remote areas, and directed energy systems.”