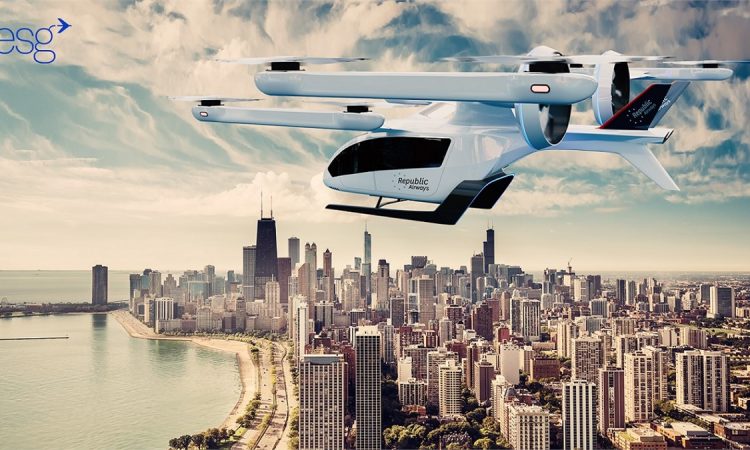 Eve Air Mobility and Republic Airways Holdings Inc have announced a Memorandum of Understanding and Letter of Intent to purchase up to 200 of Eve’s electric vertical takeoff and landing aircraft (eVTOL) to explore additional opportunities within its subsidiaries, such as LIFT Academy,  that are focused on workforce development initiatives and the future of air travel.

“The strategic relationship will focus on developing a deployment network throughout the Central and East Coast markets of the United States, with an initial focus on the Boston, New York and Washington, D.C. markets. In preparation for the first Urban Air Mobility (UAM) flights with Eve’s aircraft, the companies have agreed to establish a working group that will study the requirements of future AOCs (Airline Operating Certificates) where Eve’s aircraft can be deployed in specific markets and missions. This same working group will also examine the feasibility of additional services from other types of urban air vehicles, which could further expand access into new markets.”

Meanwhile, BAE Systems and Embraer Defense & Security have announced plans to embark on a joint study to explore the development of Eve’s eVTOL for the defence and security market.  Engineers from BAE Systems’ Air sector in Lancashire, UK, will work together with the Embraer Defense & Security team based São José dos Campos, in Brazil to explore how a defence variant could be used for a range of applications such as personnel transportation, surveillance and reconnaissance, disaster relief and humanitarian response.