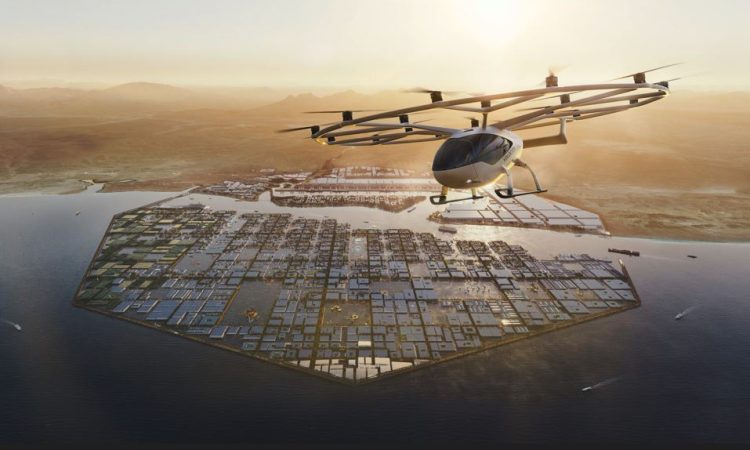 Volocopter, a pioneer of urban air mobility (UAM), today announced it has raised an additional USD 182 million in the second signing of its Series E funding round. NEOM – the Red Sea’s smart, cognitive region project – and GLy Capital Management of Hong Kong have joined Volocopter’s diverse investor base. The company says this will carry the company beyond the certification of its electric passenger aircraft, the VoloCity air taxi.

The press release issued by the company says:

“Sustainable mobility is a tremendous challenge facing today’s world. Volocopter offers a new solution with a suite of fully electric aircraft built specifically for urban missions. Crucially, Volocopter’s unique and holistic UAM ecosystem approach connects all key global market players as it strives to get the industry off the ground. This includes developing multipurpose electric aircraft to bring passengers and goods safely to their destination (the VoloCity, VoloRegion, and VoloDrone), and enabling the physical and digital infrastructure to match (the VoloPort and VoloIQ).

“Volocopter is a UAM leader, with over ten years of development experience and upward of 1,500 successful test flights to its name. As the first and only electric vertical takeoff and landing (eVTOL) company to receive Design Organisation Approval (DOA) from the European Union Aviation Safety Agency (EASA), Volocopter expects to launch its first commercial air taxi routes in the next two years in megacities like Singapore, Rome, Paris, and the NEOM region.

“Volocopter and NEOM signed a joint venture (JV) company in December 2021, becoming strategic partners with a view to integrating the VoloCity air taxi and the VoloDrone into NEOM’s sustainable, smart, and seamlessly connected mobility systems. The JV will design, integrate, and operate the region’s all-electric public flight routes for the initial seven years post-launch.

“With many interested companies having passed the due diligence phase, Volocopter’s Series E funding round remains open.”