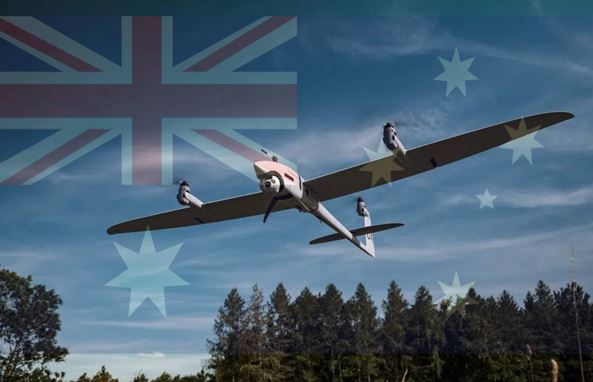 Quantum-Systems, producer of advanced eVTOL UAVs, today announced that it has incorporated a wholly owned subsidiary in Brisbane, Australia. The company says that the formation of Quantum-Systems Pty. Ltd, also known as Quantum-Systems Australia, follows the stand-up of Quantum-Systems Inc. in the United States in January of this year to serve the Defence and Security market in North America.

According to the press release “The new location will serve both government and commercial customers in the Asia-Pacific region and is a result of rapidly growing interest in Quantum-Systems’ technology and products and business opportunities with Defence and Security customers in the Asia-Pacific (APAC) region. The new business is also enabled and supported by a close relationship between Quantum-Systems and Rheinmetall Defence Australia.”

“We are also pleased to announce a strategic partnership with Rheinmetall Defence Australia, who have offered additional support in the growth and development of this new venture,” said Florian Seibel, CEO and CO-Founder of Quantum-Systems.

“Quantum-Systems Australia” reports the press release “will be located in the immediate vicinity of the campus of Rheinmetall’s Military Vehicles Centre of Excellence and will house production, R&D and support facilities as well offices for executive, sales and administration staff.

“ Initially Quantum-Systems Australia will primarily serve Government clients in the region, but in due course will also serve the commercial business division, with its extensive distribution network in Asia Pacific, and the many hundreds of customers in the region already using Quantum-Systems’ industry-leading eVTOL technology.”