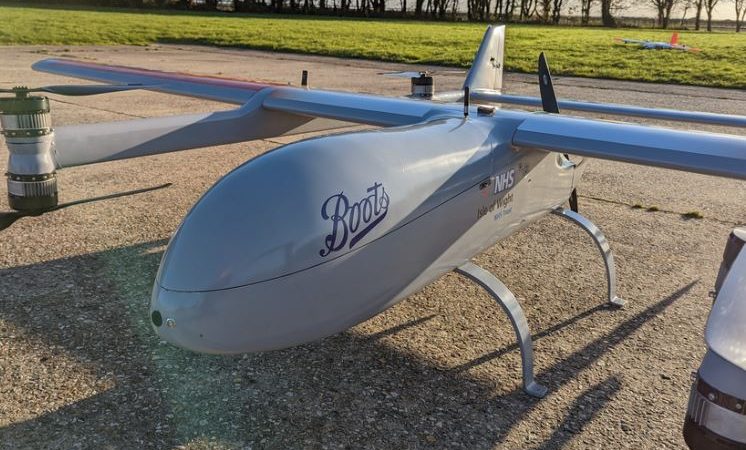 Boots announced today in a press release that it has become the first community pharmacy in the UK to transport prescription-only medicines by uncrewed aerial vehicles (UAVs) – commonly known as drones.

“The flight departed from the British Army’s Baker Barracks on Thorney Island near Portsmouth and arrived at St. Mary’s Hospital on the Isle of Wight” reports the press release and adds “The medicines were collected by Boots and transported to its pharmacies across the island, where they will be dispensed to patients with prescriptions for them.

“Boots worked with medical drone startup Apian to facilitate the test flight and is now assessing the future potential for drones in medicines delivery.”

The company confirms “the Civil Aviation Authority (CAA) has granted permission for the UAVs to fly in segregated airspace between Baker Barracks on Thorney Island and St Mary’s Hospital’s helipad on the Isle of Wight.”