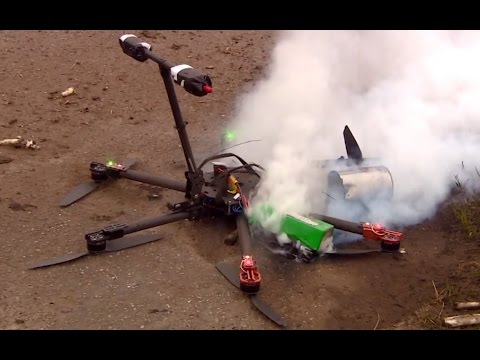 Occasionally a story appears that is specific for one country only, yet the headline suggests the problem is worldwide.The misleading headline from 7news.com.au plus from most of its Aussie compatriots should read: Australian surge in drones involved in air accidents. Not surprisingly, only the Australian media have covered this story to date.

According to 7news.com.au, drones have surpassed helicopters to become the second most common aircraft involved in accidents over the past five years. This is what the Australian Transport Safety Bureau statistics show, anyway. The number of manned aircraft experiencing near encounters with remotely-piloted aircraft also rose significantly.

“It is very likely that there was an increasing trend for the number of accidents per year for RPA conducting survey or photographic work and instructional flying,” the safety watchdog said in a 2010-2019 report released today.

Plane crashes accounted for the most fatalities by far, followed by sport and pleasure flying helicopters, gryocopters and gliders. Within commercial air transport, balloons had an accident rate more than 10 times higher than for planes or helicopters, but there was only one fatal accident within the 10-year study timeframe.

There were 35 fatalities from 22 aircraft accidents last year, broadly in-line with the average of 32.3 deaths from 23.1 accidents per year over the previous nine years.

This odd story suggests that those taking to hot air balloon flights are on an accident-mission, perhaps? The moral of this tale, as ever, is take a news headline with a pinch of salt.

For visual information on how drones actually crash