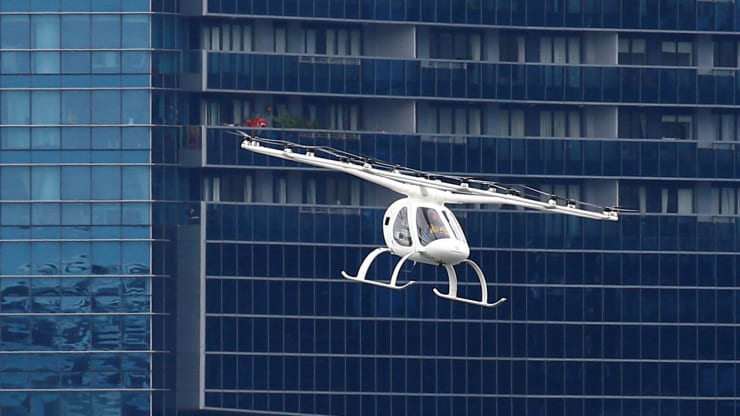 U.S. General Motors Co (GM) is presently researching various options within the aerial taxi market including “flying cars,” say two sources close to the company, reports cnbc.com. This is part of a move by the automaker to seek growth in other, but related transportation markets.

GM Chief Executive Mary Barra said this week at a RBC Conference, “We believe strongly in our electric vehicle (EV) future and not just for vehicles.” And added, “The strength and flexibility of our Ultium battery system opens doors including aerial mobility.”

Corporate and private investors have invested over USD2.3 billion into more than 100 aerial vehicle start-ups, including drones and electric air taxis, but the technology still faces significant hurdles to commercialisation and profitability. For example, while electric air taxis are likely to fly low-level routes, relieving traffic congestion on roads, they could add to air traffic congestion as they become more popular.

General Motors is weighing all options including whether to build, supply or partner, as it decides whether to join such automakers as Hyundai, Toyota, Daimler, Volkswagen and Geely in the rapidly developing market, said the sources, “who asked not to be identified.” GM could make an announcement early next year.

A company spokesman, Stuart Fowle, declined to elaborate and only commented, “It’s an area we’re really excited about and looking at.” GM’s innovation group is headed by Alan Wexler who was hired in July under a newly created position of Senior Vice President of Innovation and Growth. Wexler reports to Barra.

Previous efforts that originate from the innovation group include formation of a defence business unit and a USD214 million contract to build troop carriers for the U.S. Army based on the Chevrolet Colorado pickup, as well as a new mobile app for OnStar members.

Separately on Tuesday, the World Economic Forum and the city of Los Angeles released a set of principles to support the rollout of urban air mobility in U.S. cities, and a spokeswoman for the organisation said it is in talks with other cities to adopt the same roadmap.