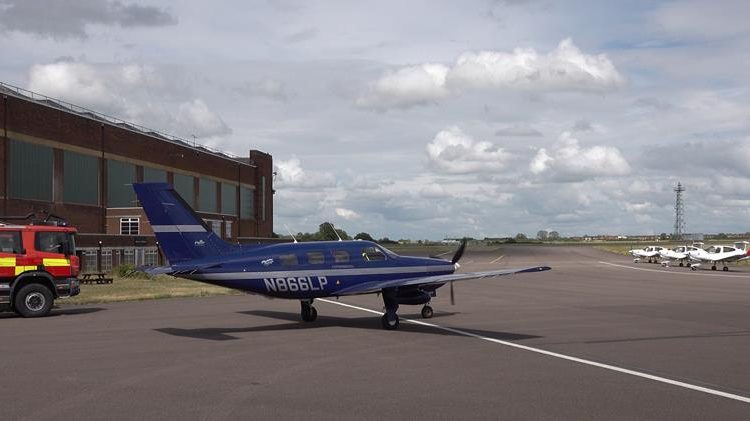 The Californian propulsion developer, ZeroAvia, claimed this week a “UK first” with the flight of an electric-powered Piper M350 plane over the skies of England, reports flightglobal.com. The Piper M-class six-seater, took off from Cranfield Airport in eastern England on Monday and flew a round trip of 60 nautical miles.

The six-seat hydrogen-electric-powered aircraft is also Europe’s largest zero-emission plane currently flying, says the Hollister-headquartered firm. It is now preparing the craft for a 560km flight late in the third quarter from the Orkney Islands, off Scotland’s north coast.

Val Miftakhov, ZeroAvia’s founder and CEO, describes the debut flight as “the latest in a series of milestones that moves the possibility of zero-emission flight closer to reality”.

The flight trials of the M350 are part of the UK government-funded HyFlyer project, which aims to replace conventional engines in medium-sized propeller-driven aircraft for regional airline operations with zero-emission propulsion systems. This initiative is supported by UKP2.7 million of funding through the government-backed Innovate UK and Aerospace Technology Institute programmes.

The firm describes the debut flight as “a significant milestone both for the UK’s net zero and green aviation ambitions, and for ZeroAvia on the journey to demonstrating long-distance zero-emission flights in large aircraft”.

Developing sustainable business and commercial aircraft is a major technological challenge, but a vital one given that the aviation sector accounts for around 2 percent of global greenhouse gas emissions.

ZeroAvia says it aiming to have a 10 to 20 seat commercial hydrogen-electric aircraft “ready for take-off on 500nm regional flights” within three years, by demonstrating powertrain technology that can replace conventional fossil fuel engines.

A 50 to 100-seat zero-carbon aircraft “could be ready” by the end of the decade, while a 200-passenger, 3,000nm-range airliner powered by hydrogen fuel cell technology could arrive by 2040 “without requiring any fundamental scientific breakthroughs”.

ZeroAvia believes hydrogen fuel cells are more suitable for zero-carbon flight than batteries alone due to weight and operating cost considerations. This will make them more viable for commercial operations at a much larger scale in the a shorter timeframe.

The company has been flight-testing the hydrogen-electric powertrain at its US base since last year in another M350, and has obtained experimental US Federal Aviation Administration certification for the research platform.

Miftakhov says there is strong desire for the aviation industry to emerge from the coronavirus pandemic “on a firm footing, to be able to move to a net-zero future, with a green recovery”.

That will not be possible, he adds, “without realistic, commercial options for zero-emission flight, something we will bring to market as early as 2023”.