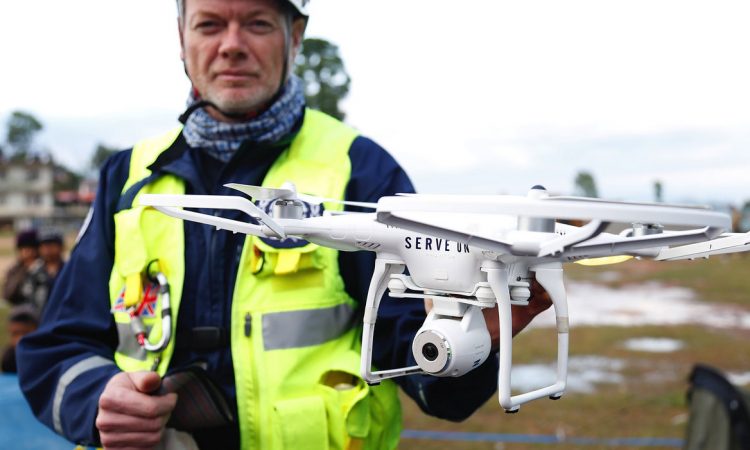 In disaster zones whether earthquakes, floods, fires, chemical leaks or explosions, First Responders may be unable to identify hazards or locate victims amid damaged buildings or a destroyed environment, reports gcn.com.

Unmanned aerial and ground vehicles (UAVs and UGVs) already help emergency services gain situational awareness, but the craft’s inability to quickly and efficiently communicate with each other in power and network-constrained environments, limits their ability to work together with First Responders. To address these challenges, researchers have developed “a collaborative wireless autonomous systems network framework for disaster area management.”

Abenezer Girma, a PhD student at North Carolina A&T State University, points out, “Most of the existing technology cannot extend the network service to the autonomous systems, such as UAVs working in network-denied disaster environment and they do not also have a nearby UAVs’ charging point.” Yet, Girma and a team of researchers with the university’s Department of Electrical and Computer Engineering have designed a cloud-based framework that uses “an internet-of-things messaging protocol to enable communications among drones, autonomous ground vehicles and responders.”

The team equipped UAVs and UGVs with multiple sensors that collect and share information with First Responders. While the UGVs assess the situation on the ground, the UAVs assist with co-ordinating their activities by providing communications support and giving responders an aerial view of the environment. A clustering algorithm in the framework maximises the network coverage provided by the UAVs to the UGVs, according to their research paper.

This cloud-based remote control station enables First Responders to use the internet to remotely monitor operations from anywhere. With an antenna tracker, Responders “can extend networking capabilities from a nearby functioning network to track the autonomous vehicles and extend their communications range.”

To keep the autonomous vehicles powered, the researchers have developed a control mechanism that allows a drone to land on a moving UGV where it can be recharged or transported to a more distant location.

Finally, the team used “an architectural analysis and design language tool to analyse and evaluate the end-to-end delay of the framework.” The researchers tested the hardware implementation of the proposed framework under different scenarios and verified that the IoT-based communication protocol is more efficient than conventional ones for communication in disaster areas.

In the future, the researchers say they plan to build on their design by adding even more sophisticated monitoring capabilities such as computer vision and machine learning.