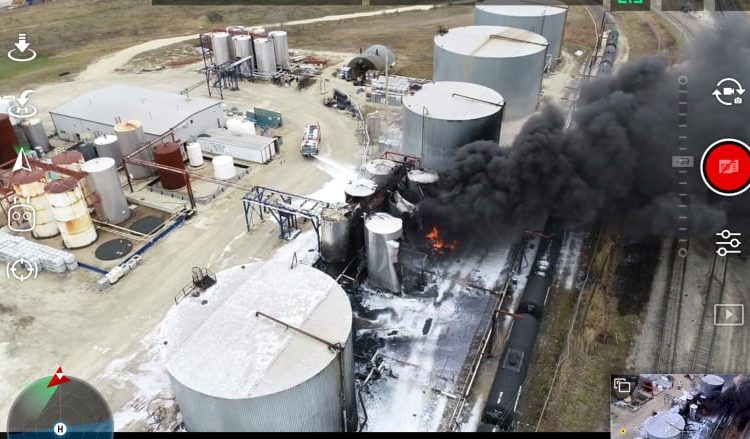 The Winnipeg Fire Paramedic Service (WFPS), in Manitoba, Canada wants to purchase a second drone as part of a permanent aerial reconnaissance program for fighting fires and assisting with rescues and to make drones a permanent feature of its fire-fighting equipment inventory, reports cbc.ca. The trial has clearly shown that drones help target hot spots and help point hoses in the correct areas. Winnipeg is one of a growing number of towns and cities now using unmanned craft as part of their first response.

Since a pilot program began in 2018, The WFPS has deployed its remotely operated drone to over 40 major incidents explained a report made public Monday.

The report written for the City’s Protection and Community Services Committee says the drone “greatly enhanced the ability of the commanding officer to deploy appropriate resources in the right place and to keep crews and the public safe.”

According to the WFPS, drones can “quickly locate a fire source using an on-board thermal imaging camera, assist in directing hoses and decrease the time it takes to locate victims in water rescue and search and rescue incidents.”

The fire service believes its drone will be used more extensively as crews become more familiar with its capabilities. In the report, the service said it also wants to add a second drone to its complement “for back-up and training purposes.”

The cost of making the drones a permanent feature of the city’s fire-fighting gear varies year to year, averaging out at about USD50,000 per year.

The craft have a life expectancy of about four years. The service estimates the cost would rise to just over USD80,000 every second year to pay for new drones, and around USD17,000 in the alternate years for maintenance and training. The costs would be covered by the existing budget for the WFPS, the report says.