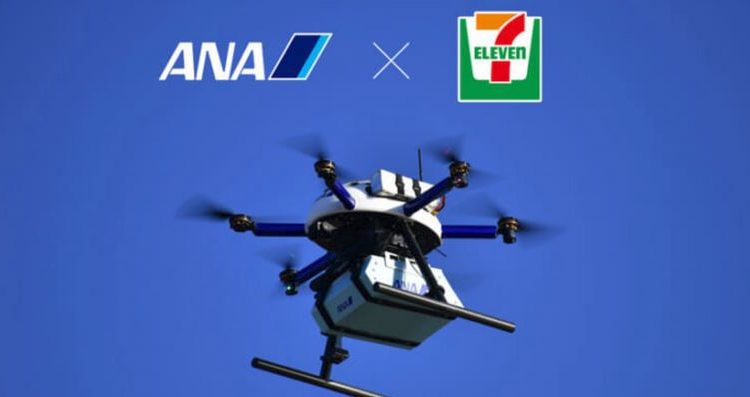 Akihabara News (Tokyo) reported this week “All Nippon Airways (ANA) and Seven-Eleven Japan have formed a new agreement to materialize their plan for a nationwide drone delivery service.”

Under the agreement Akihabara News says, “ANA’s main responsibilities will be to establish the drone operation system, including the selection of the drone aircraft which will be used, and to improve communication stability related to drone operation.

“For its part, Seven-Eleven Japan will be adjusting its product delivery service 7Now, deciding which products will be subject to customer delivery by drone, as well as building vertiports at the Seven-Eleven outlets that will be participating in the program.

“Seven-Eleven Japan, the country’s largest convenience store chain, launched its 7Now home delivery service in May 2018 and has gradually been expanding it through its national network of about 20,000 stores.”