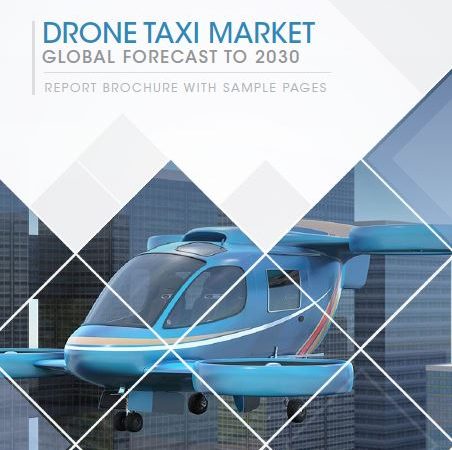 The global “Drone Taxi Market” report published by MarketsandMarkets, reports forecasted growth of the sector from USD 74 million in 2025 to reach USD 860 million by 2030 – a growth rate of 63.0% CAGR during the period. In its press release the company says “The growth of the Drone Taxi market is majorly attributed to the rapid increase in urban demographics and increasing demand of eVTOLs for intracity transportation in various countries”.