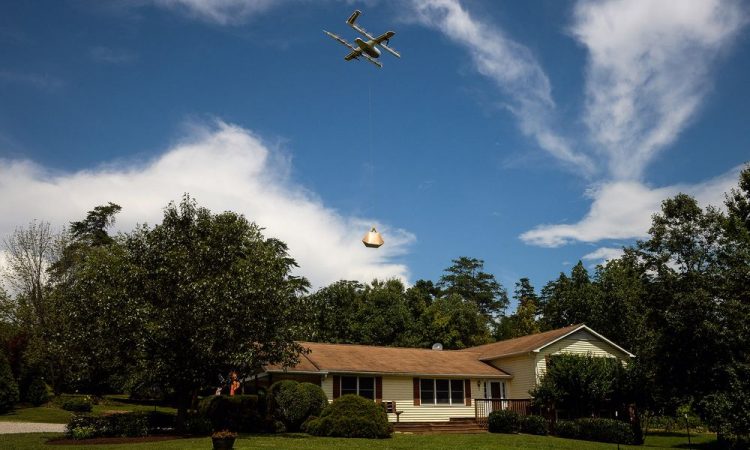 Google parent company Alphabet said this week that its Wing drones has seen a “dramatic increase” in delivering food and medicines during the coronavirus pandemic in rural Virginia with more than 1,000 deliveries completed in the last two weeks as people face lockdown.

According to bloomberg.com, Wing said it is seeing customers order health and wellness items from Walgreens, including medicine, toothpaste and toilet paper, and groceries like pasta, canned foods, fruit cups and baby food.

“We’re trying to support local businesses that aren’t able to open their doors by allowing them to deliver their products directly to customers’ homes,” Wing spokesman Jonathan Bass said. “The technology is particularly useful at a time when people are homebound in many cases where the need to limit human-to-human contact is important.”

An example is a local bakery and coffee shop called  Mockingbird Cafe in Christiansburg, Virginia, which is now selling 50% more pastries via Wing on one weekend than it usually sells in store.

While the payload of Wing’s autonomous drones is limited, orders are fulfilled within minutes. The program is being run in the community around Christianburg.

Project Wing was first unveiled by Google in 2014. The drone delivery service was certified by the US Federal Aviation Administration (FAA) at the end of last year. The company works with nearby Virginia Tech who also has a drone-test program approved by the FAA.