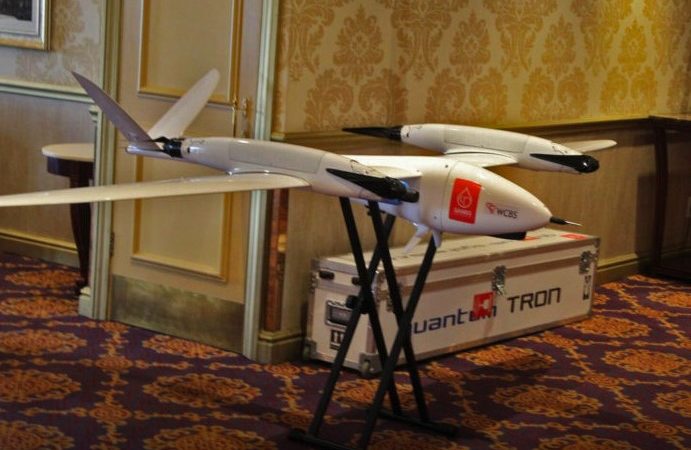 The South African National Blood Service (SANBS) is planning to make use of drones to deliver blood to remote patients, according to African news portal, defenceWeb.

“CEO of the SANBS, Jonathan Louw, presented on how the SANBS plans to deliver blood to furthest corners of South Africa during the Drones and Digital Aviation Conference held at the Emperors Palace between 28 and 29 November,” the report says.

“The latest recording in 2016 revealed that 35% of South Africans, 19.4 million people, are still living in rural areas.

“The SANBS in response to these numbers is looking to deploy smart fridges and drones to provide blood to remote areas. These smart fridges are blood vending machines placed at a hospital and interfaced with the SANBS. The idea is that these fridges will work with a drone to provide blood in remote locations,” reports defenceWeb.

“Tests are done at the blood bank, the doctor then receives confirmation and a code to collect the blood from the smart fridge. A smart fridge will be tested as a pilot project in 2019/2020. Due to the nature of blood, the particular conditions it needs and the urgency in which it is needed, the SANBS has to carry out their own logistics,” according to the online organ.

“A problem arises for the SANBS when blood needs to be delivered in remote areas where a hospital with a smart fridge is far away from the clinic or patient in need of blood,” the report says. “A solution to this is a vertical takeoff and landing (VTOL) drone travelling beyond visual line of sight (BVLOS) that is currently under testing to deliver blood.”

“The SANBS call this service “Bloodwing” and in partnership with Quantum Systems they have developed a VTOL drone to take-off and land in confined areas with a refrigerated payload bay for the blood. The drone weighs 13 kilograms with a maximum speed of 180 km/h and a flight time of just under 90 minutes. It has a range of 180 km, a wingspan of 3.5 metres and a payload of up to 2 kg. The drone’s loading bay is International Air Transport Association (IATA) compliant with active temperature control. The drone’s ground station is fashioned out of a shipping container, making it mobile with an office set up inside the container. The container is solar powered with a backup generator and for mission planning, SANBS is using QBase software,” the defenceWeb reporter writes.

The report continues: “The SANBS has acquired a small fleet of drones. NtingaNtakaNdini, an isiXhosa proverb meaning, “commanding eagles to fly”, is the name of the VTOL drone, with their other drones named Botshelo, Qhawe, Sindisa and Sizanani. Currently, the last step for SANBS is to gain South African Civil Aviation Authority (SACAA) approval to operate.”

“So, we are kind of 95% of the way there, just to get the license to be able to start actually actively flying. The CAA has come and seen us fly a few times and been really happy with the way it’s done” Louw told the portal.

No date was given as to when the SANBS will gain the relevant approval, however, Louw expressed confidence that “Bloodwing” will be operational in the near future.