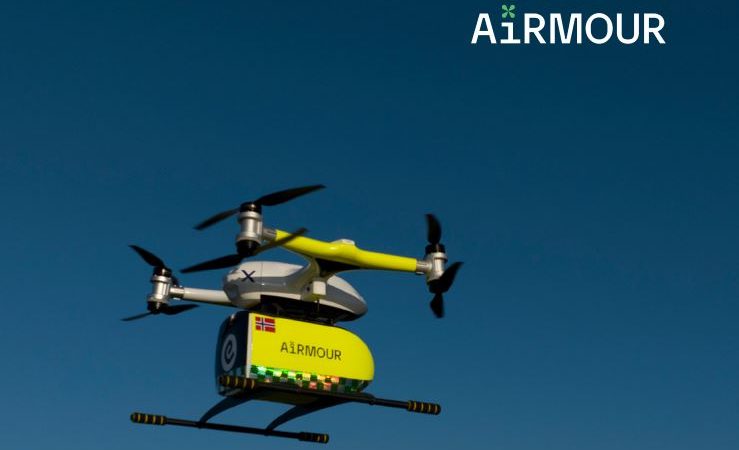 AiRMOUR, a European Union research and innovation project supporting sustainable air mobility via emergency medical services says it has “undertaken the most extensive public and stakeholder engagement survey on Urban Air Mobility (UAM) and drones in Europe since EASA’s study in May 2021.”

In a statement on its website AiRMOUR reports:“Over 1,100 citizens participated in the survey from the six countries involved in the AiRMOUR project: Finland, Sweden, Norway, Germany, Luxembourg and the Netherlands. The questions were related to topics such as safety and risk, privacy, environment, socio-economic impact and public acceptance of different Emergency Medical Service use cases.

“This survey is the first on this scale that focuses on public attitudes towards the use of delivery drones and passenger eVTOLs for Emergency Medical Services. ‘The results of the survey show that the exposure to drones is likely to increase the acceptance. The more common it is for the public to see professional drones in action, the less controversial the public perceives them’, says the Coordinator of the AiRMOUR project, Principal Scientist, Doctor Petri Mononen from VTT, Technical Research Centre of Finland.

In addition the report identifies citizen concern about social inequality and says that “a higher level of knowledge increases comfort when new technologies are introduced to the public. The majority of citizens who responded to the AiRMOUR survey were either ‘not knowledgeable at all’ on the topic of Urban Air Mobility or they were ‘slightly knowledgeable’. People who were more knowledgeable and had been exposed to drones were more accepting of them and were more trusting and comfortable with the technology.

“Social inequality appeared as a high concern for citizens. This differs from previous studies where inequality has not been highlighted as a concern. To help mitigate this concern the new drone services should benefit the whole of society, not just a select few. However, similarly to the previous studies, topics such as safety, privacy and noise are still the top concerns for citizens.”

According to Mononen, the AiRMOUR project will continue to work on public acceptance as long as the project continues, which is the end of 2023.

‘We expect to greatly increase our survey respondents in 2023 and thereby gain even deeper knowledge on the best follow-up actions for municipalities and the industry’.