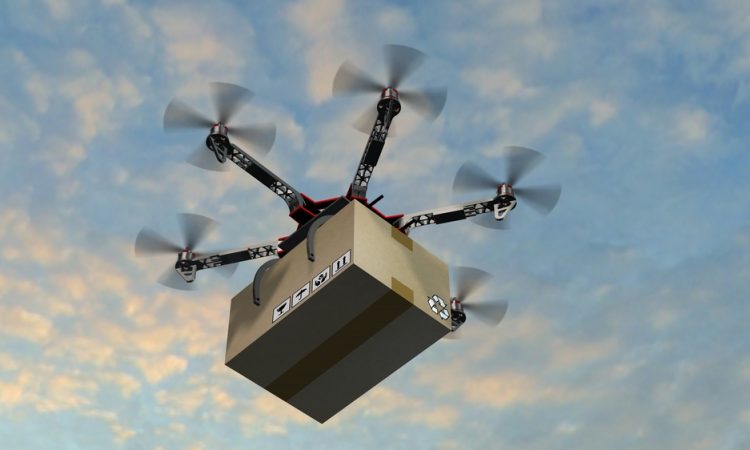 The global delivery drone market size is expected to reach USD 494.5 million by 2026 says Polaris Market Research.  “Delivery drones provides several advantages such as lower transportation costs, reduces delivery time by cutting down traffic, higher operational efficiency, lowers accidents, and lowers gas emissions….Among drone type, rotary blade is expected to be the largest market for delivery drones in 2019, owing to its ease of use such as vertical take-off & landing features and also it is expected to retain its dominance during the forecast period of 2020-2026 as well. Hybrid drones are expected to be the fastest growing drone type during the forecast period, owing to advanced features such as higher payload capacity, longer flight time, and increased range up to 4-5 times of the normal delivery drones which generally have the travelling range of around 10-20 miles.

“Among regions, North America is expected to be the largest market for delivery drones in 2018 and is expected to be the largest market during the forecast period as well. The growth of this region is majorly attributed to increasing production of drones and increasing adoption of drones for different commercial applications in the region. Also, in 2015, the FAA granted new exemptions for the QSR or logistics companies to operate drones in the United States which is expected to drive the market for delivery drones during the forecast period.

“Vendors in this market are continuously trying to fulfill different industry’s requirements by developing & testing a variety of delivery drones. For instance, in 2016, Zipline (a San-Francisco based start-up company) developed and launched delivery drones in Africa. The product was named as ‘Sky Ambulance’ which is now being used for dropping-off lifesaving blood supplies with the help of parachutes to remote hospitals and rehabilitation centers located outside of Rwandan capital of Kigali. Companies such as Airbus SE, CyPhy Works, DJI Technology Co. Ltd., Drone America, JD.com, Matternet, SKYCART Inc., The Boeing Company, and Zipline are some of the key players operating in this market.”