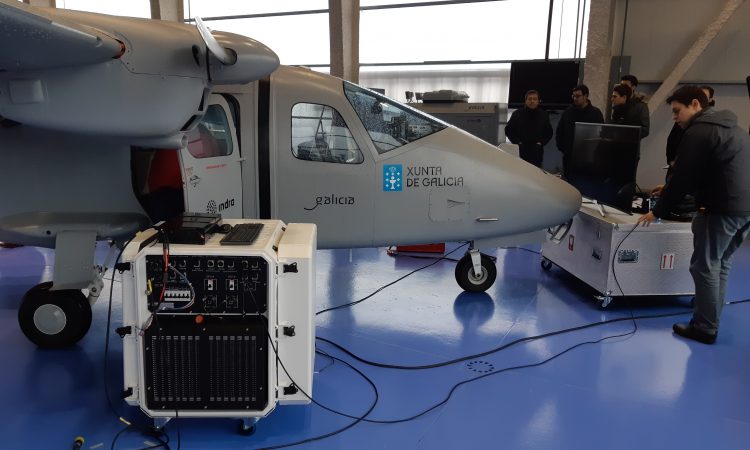 Indra reports it has been approved by the European Aviation Safety Agency (EASA) to start flight tests of one of the largest and most advanced civilian drones in development in Europe, the Targus. The Targus optionally Piloted Vehicle (OPV) has been co-developed with Galician company Gaerum and is one of the key projects of the Civil UAVs Initiative from the Innovation Agency (GAIN) and the Xunta de Galicia (see below).

According to Indra this is the first time that an Optionally Piloted Vehicle (OPV) of 1.25 tons and made in Spain has obtained such a permit to fly.

“The first tests will begin immediately and will aim to verify that the modifications and system installed on the plane do not alter its behavior in flight,” says the company. “Starting next April, remote flight tests will begin, which will last for a year. During the tests, the cockpit pilot will assign control to the ground control center and will only intervene in the event of an incident and at the critical moments of landing and takeoff.” To achieve EASA flight test certification the following amendments to the original concept have been required:

Supported by the Xunta de Galicia, the Civil UAVs Initiative comprises a fund of EUR165 million distributed over four major programmes.  The first focuses on the creation and improvement of aeronautical infrastructure and the Rozas aerodrome to facilitate the development of the sector in the region; the second is an R&D program with an investment of EUR115 million to work on the development of new products, technologies and solutions; the third pillar revolves around eleven pre-commercial tenders for solutions based on the use of UAVs aimed at improving territory and rural environment management, maritime control and air traffic; and the last one is the business incubation and acceleration program, which recently launched the Business Factory Aero, launched to attract and support projects from companies and startups from anywhere in the world.