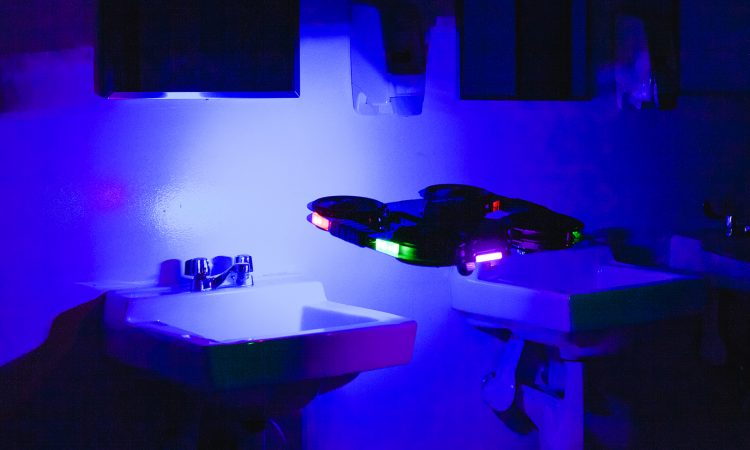 According to Startlandnews.com,  a Lenexa aerospace startup company, Digital Aerolus, unveiled its latest creation this week – the Aertos 120-UVC —an indoor drone which can fly into tight spaces and uses 265 nanometers of ultraviolet wavelengths to kill viruses and germs that routine cleaning can’t.

“I see this as less of us jumping on the bandwagon and more of us doing what we’re good at and trying to make the world a safer place,” said Jameson Huckaba, Director of Digital Aerolus product and business development.

“It’s like the worst sunburn that you’ve ever had in your entire life and it happens within seconds,” he added, noting production on the germ-killing drone has ramped up in light of the covid-19 pandemic. “The ultraviolet waves physically damage the cell DNA of living viruses, so they’re unable to reproduce. Their genetic material is damaged beyond repair.”

Operating the drone is, in itself, an act of social distancing, Huckaba noted. An operator stands outside the affected area with a controller and navigates the semi-autonomous cleaning process from start to finish. “The drone will disinfect around one thousand cubic feet every 10 minutes and you can consider a room clean at that point,” he continued.

An industrial product with an undisclosed price tag, Huckaba said the Aertos 120-UVC is expected to start shipping by the end of the month. “We’re taking a look at hospital rooms and airplanes for instance,” he said of potential uses for the product, adding the company does a large chunk of its work with Kansas City-based engineering firms.

“For example, we’re able to fly this drone inside a large empty plane and disinfect tray tables and seats. We’re able to navigate it under the seats to disinfect those spaces or kill whatever sorts of nasty pathogens happen to be hanging out in that space,” said Huckaba. He pointed out that such a capability could be the remedy for worried Americans still required to travel during the pandemic.

Other areas of usage for the UVC disinfection drone could include grocery stores (checkout spaces), warehouses and product handling areas and business offices (work, rest and break-room surface areas)

Huckaba concluded, “We serve critical industries and these drones are doing jobs you wouldn’t want a human being to do.” Although, he accepts that increasing manufacturing volumes amidst the ‘Stay At Home’ and ‘Social Distancing’ remits won’t be easy.